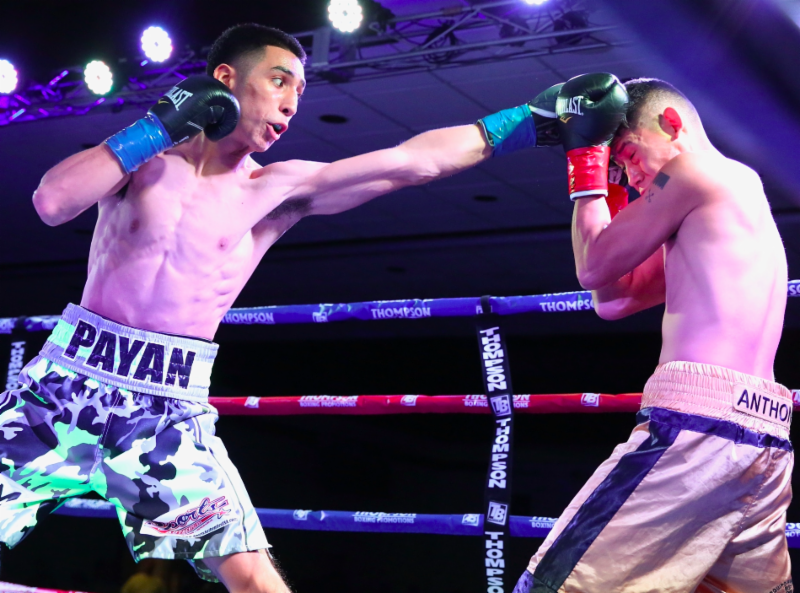 Torres, who is rapidly making a name for himself with his aggressive style, headlines his third straight Thompson Boxing card, as he faces the dangerous knockout artist from Sonora, Mexico, Gabino Cota (19-10-2, 17 KOs) , in an eight-round main event clash.

The 22-year old Torres, who hails from South Central Los Angeles, is guided by Danny Zamora and trains out of the Santa Fe Springs Activities Center in, Santa Fe Springs, Calif. Torres is most known for his power on the right hand, as all but two of his fights have ended by way of knockout.

“This is such a great opportunity for me,” said Torres . “I’m comfortable and happy with my promoter, they are allowing me to elevate my game and are putting me in a great position along with my trainer/manager Danny Zamora. On February 21st, I will look to put on another great performance and like always, fans can expect to see my hands flying.”

Torres is no stranger to headlining a show as his last two outings have been eight-round main event bouts, with “Ace” knocking out his opponents in the first and second round respectively. Standing in front of Torres’ undefeated record is Gabino “The Flash” Cota, who is known for his explosive strength.

“My opponent is not only tough,” Torres said . “He also comes forward at all his fights and we know he has knock out power. Our fight should be a barn burner.”

Torres has been working hard in camp, sparring his teammate, super lightweight Michael Dutchover, who is also signed to Thompson Boxing.

“I’ve been getting pushed a lot in camp.” stated Torres , who turned professional nearly three years ago. “I’m getting some great sparring with Michael and other guys as well; my coach is also having me do specific drills that I will use to my benefit. One thing is for sure, I’m going to give the fans an entertaining bout.”

Opening “Path To Glory” is bantamweight Ivan Zarate (1-0) who will face Ulises Gabriel (0-1) of Mexico. (4-rounds)