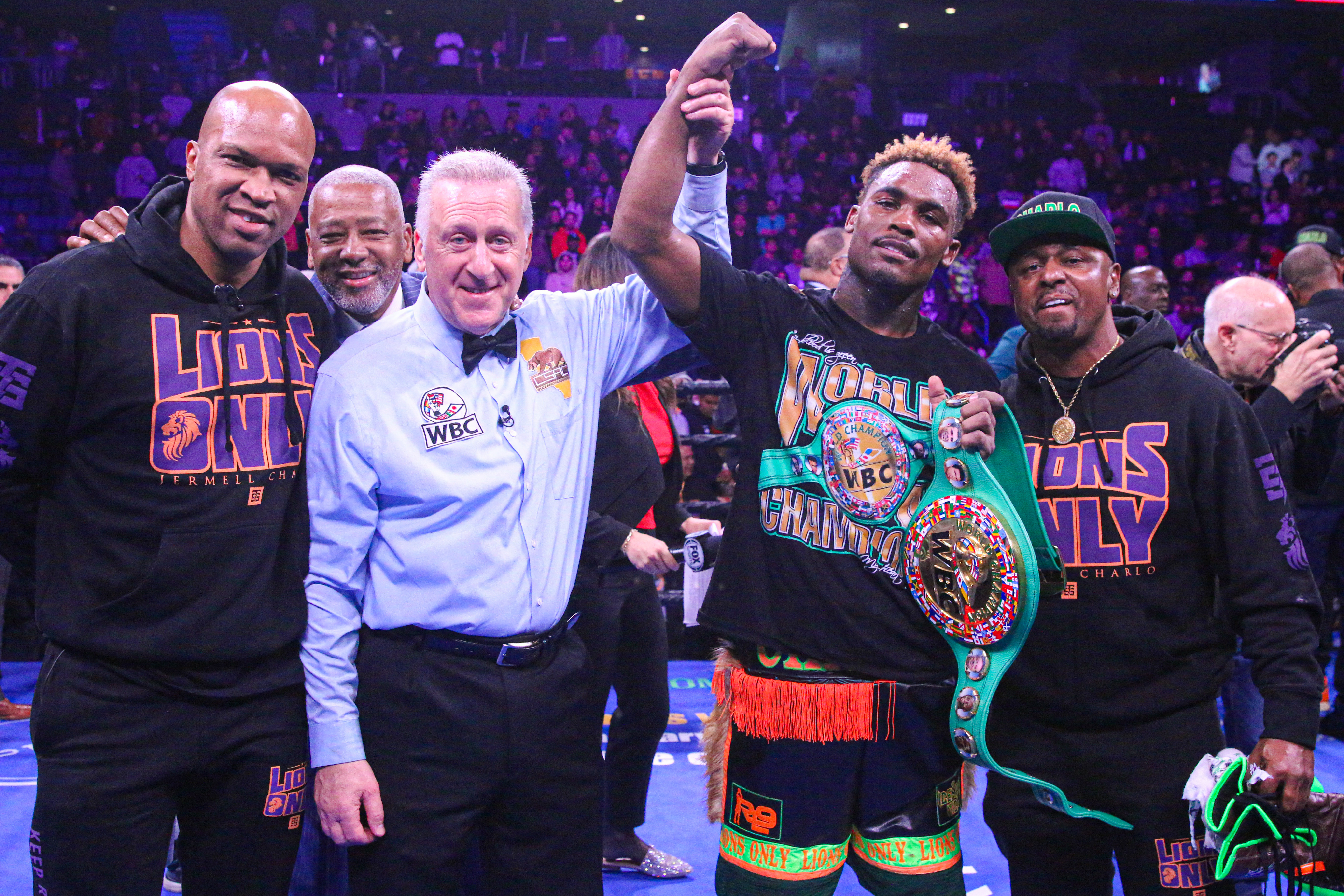 Jermell Charlo reclaimed the WBC Super Welterweight Championship from Tony Harrison with a blistering stoppage at 2:08 of the 11th round in a FOX PBC Fight Night main event and on FOX Deportes from Toyota Arena in Ontario, Calif.

Charlo (33-1, 17 KOs) lost the title to Harrison (28-3, 21 KOs) by unanimous decision last December. In the buildup to the rematch, there was much animosity between the two boxers. The heated atmosphere surrounding the fight made for a much-anticipated grudge match.

As the first bell rang to start the match both fighters came out swinging fast — managing to stay to away from the corners in an all-out squabble. “I like Charlo but he came out of the gate way too aggressive, almost wild,” said a fan during the match.

As all the anticipation from both boxers and fans had the building roaring as Charlo knocks Harrison to the floor. Referees begin to count Harrison out, Harrison bounces back to his feet and continues to connect closing second round.

As the third round was lead by Tony chants, Harrison had backed Charlo into a corner of the ring using a series of combos to connect to Charlo’s face and body.

Followed by a couple of rounds of fighters both using a good sense of technique to dodge and avoid big damaging blows.

Harrison begins to teach Charlo during the sixth round feeling confident. However, Charlo continues to glide around the ring, changing directions, staying away from the corners, and following through on shots.

It’s the beginning of the 7th round and Charlo begins swinging at the sound of the bell. Harrison does a great job of being aware of the opponent to duck and dodge in advance. Charlo gets a couple of hard shots to Harrison’s face when exposed.  After a couple of hard jabs connect to Charlo in the eighth round, Harrison begins to taunt Charlo again in the center of the ring. “Aside from the fight, Harrison’s dance moves stood out to me”, said Marcus A.

Tony manages to back Charlo into the corner of the ring and begins to unleash multiple blows to the face and body, closing out the ninth round.
Tenth round switched gears and Charlo began to connect to Tony’s exposed body on the railing of the ring, continuing the same energy and momentum into the 11th round which eventually caused the referee to stop the fight by TKO, making Jermell Charlo the WBC Super Welterweight Champion once again.

“I got the belt back and I didn’t leave it up to the judges,” Charlo said. “Tony is a former champion. He had a lot on the line. I dominated and I knocked him out.”

During the Post-fight Q&A, champion Jermell Charlo was surrounded by family, friends and twin brother Jamal Charlo who is also a professional boxer. “I know I have to step it up, It was tough. I had a lot to prove and so did he — it’s a different type of war”, said Charlo when asked what were thoughts running through his head during the time of the fight.

The heat of these two rivals was bound to bring up old memories from the first match. When asked about the controversy of the impact of the first fight amongst Charlo and Harrison —
“That was the all-around goal, I wanted to score the knockout, all the sh** he was talking was building up” stated Charlo.

As for Harrison “nothing before this fight mattered, how I felt is how I felt. He fought his heart out and I fought mine”.

When asked about Harrison’s taste in taunting throughout the fight and if it was irresponsible — “That’s what happened man. I felt like I was doing what I wanted. I was catching a lot of his shots but he earned it man, he was the champion before he earned it”, said Harrison.

“I have a lot on my shoulders. I got a lot more handling-business to take care of in my weight division”, said Charlo to close out the post-fight press conference.