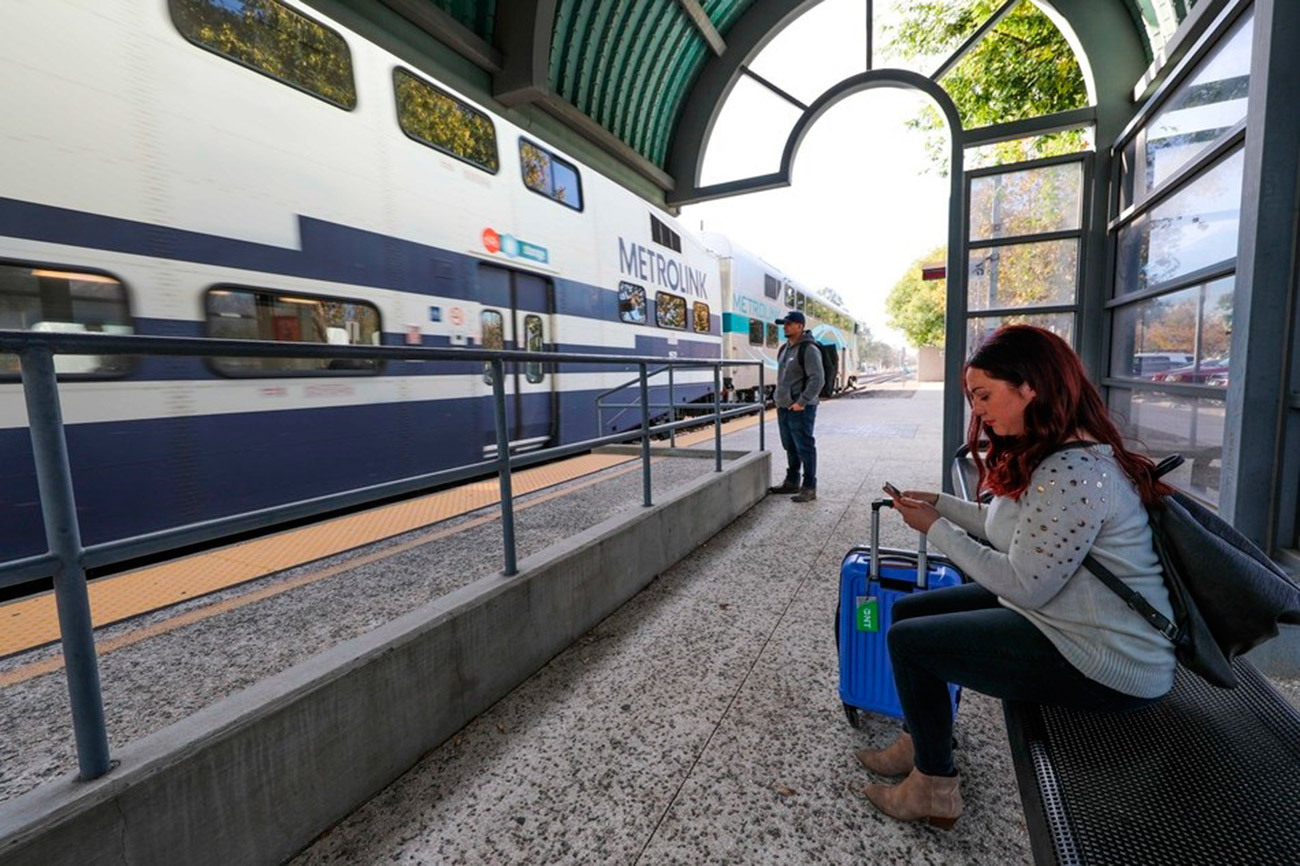 Partnership makes it easy to get from four area Metrolink Stations to ONT with nearly $400,000 program

The $396,000 pilot program, which went into effect this month, is funded by the San Bernardino County Transportation Authority (SBCTA) in partnership with Omnitrans, Metrolink and Lyft, the exclusive app-based ride-hail service provider to ONT.

The program allows for Lyft rides of up to $35 to or from Metrolink stations at Montclair, Upland, Rancho Cucamonga and Ontario-East and is designed to increase public transportation ridership to ONT. Fares are charged by Lyft directly to SBCTA.

Alan D. Wapner, president of the Ontario International Airport Authority (OIAA) Board of Commissioners, immediate past president of SBCTA and a member of the Ontario City Council, cheered the partnership as an important next step in helping ONT meet the air travel needs of one of the fastest-growing population and economic centers in the United States.

“A big part of what distinguishes Ontario airport is its access and convenience and, as an airport authority, we are committed to exploring all options which enable us to maintain that competitive edge, increase commuter and transit options, and promote sound growth as we continue to development of Southern California’s newest aviation gateway,” Wapner said.

SBCTA President Darcy McNaboe noted that local control of the Inland Empire airport has spurred significant, positive change for one of our county’s greatest economic assets.

“To enthusiastically support this change, we are creating a pilot program that helps connect transit to the airport. The information we gather from this program will help us develop future connections that will ease congestion, improve communities, and continue to make San Bernardino County great.”

The Montclair, Upland and Rancho Cucamonga train stations are on Metrolink’s San Bernardino Line, while the Ontario-East Station is part of Metrolink’s Riverside Line.

“Using Metrolink to connect through Lyft to Ontario International Airport makes sense for travelers as we have 52 trains that make stops Monday through Friday at the stations where the Lyft partnership is offered,” said Metrolink Board Chair Brian Humphrey. “Customers also have weekend options on the San Bernardino Line where Metrolink has 20 trains that stop at the stations on Saturday and 14 trains on Sunday.”

Air travelers are eligible for the free Lyft ride to ONT by entering GOSBCTA into their mobile app or state the code when calling into the concierge. The origin and destination must match the parameters of the participating station and riders must be standing within a geo-fenced boundary that is limited to the station platform and designated drop-off/pick-up areas within the station.

More information about the program is available at www.metrolinktrains.com/traintoplane.

Metrolink is Southern California’s commuter rail service enabling people to connect to their jobs and explore all that the region has to offer. Every year, Metrolink has nearly 12 million boardings from people who ditch their cars to avoid gridlock, removing an estimated 8.9 million vehicles from the roads and reducing greenhouse gas emissions by 128,700 metric tons. Metrolink is the largest commuter rail agency in California and the third largest in the United States operating seven lines along a 538-mile network that travels across Los Angeles, Orange, Riverside, San Bernardino and Ventura counties.

How Long Can The U.S. Economic Expansion Last? Leading Forecast Sees Growth Through 2021

Southwest Airlines will fly from Ontario International Airport, CA, to Austin in 2022 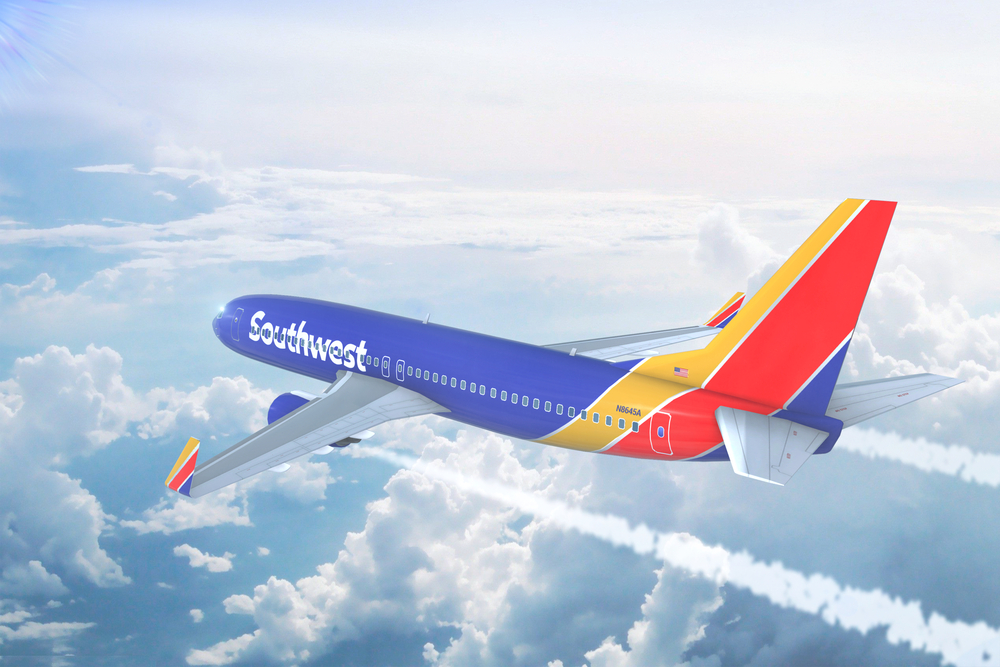 The announcement from Southwest Airlines that it will fly daily nonstop from Ontario International Airport (ONT) to Austin (AUS) starting in March 2022 is welcome news for the Southern California gateway and the Inland Empire.

The announcement from Southwest Airlines that the low-cost carrier will fly daily nonstop from Ontario International Airport (ONT) to Austin (AUS) starting in March 2022 is welcome news for the Southern California gateway and the Inland Empire.

The new flights are available for booking immediately at southwest.com.

“The addition of the Texas state capital to our route map is welcomed news and further indication of confidence by ONT’s largest air carrier,” said Alan D. Wapner, President of the OIAA Board of Commissioners. “It is also another sign that ONT’s recovery from the COVID-19 pandemic is well underway and gaining momentum.”

The announcement of the new Southwest flights comes as ONT continues to experience an impressive pandemic recovery. In August, ONT reported passenger traffic was within 7% of pre-COVID levels. 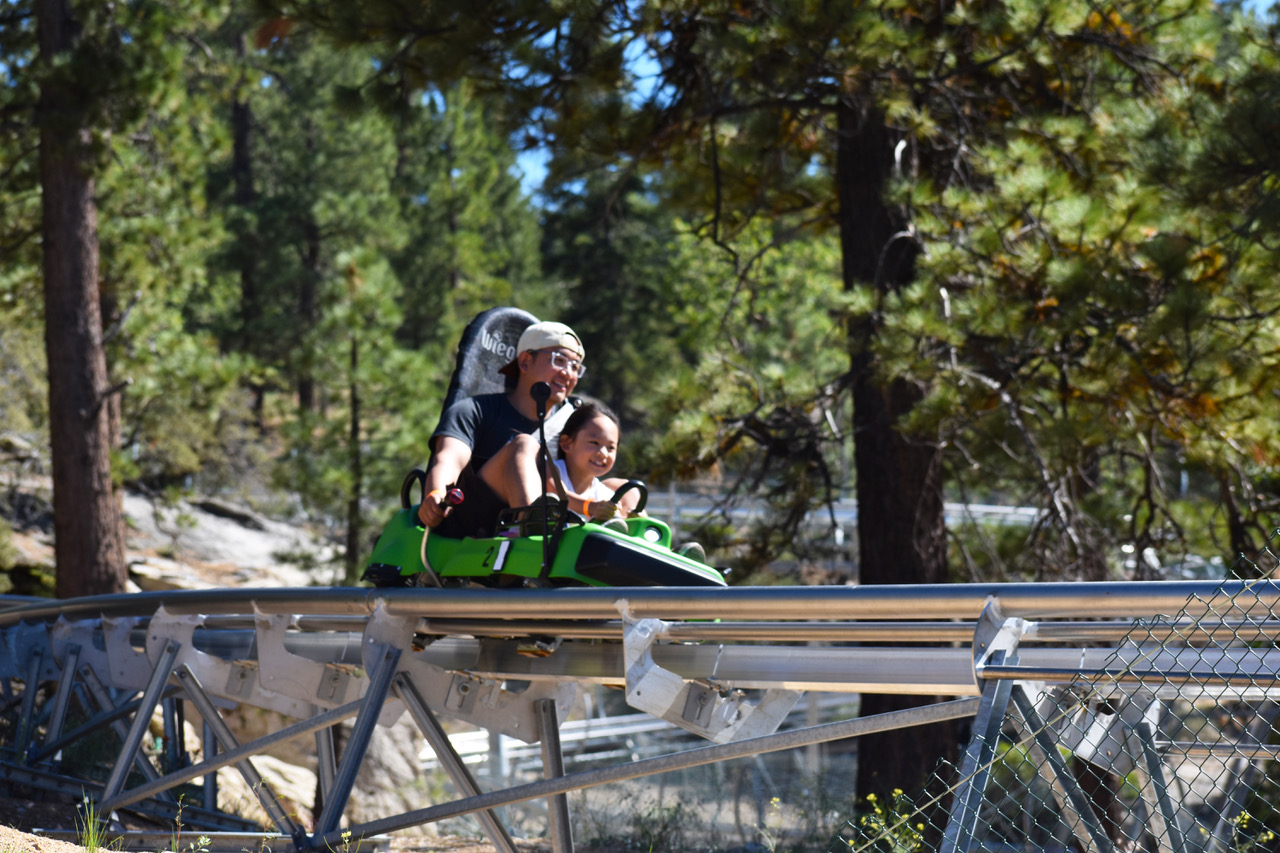 August is Family Fun Month, and Alpine Slide Big Bear (Alpine Slide) is the premier spot in Big Bear that gives families an opportunity to soak up the joys of summertime fun together. Alpine Slide provides guests of all ages, from toddlers to grandparents, a variety of family-fun offerings, which includes a double waterslide, a mountain coaster thrill ride, a zipline-style flight, the Alpine Slide bobsled experience, go-karts and miniature golf.

“The great thing about having a variety of attractions is it gives families a chance to pick and choose what best appeals to them,” said Alpine Slide Big Bear General Manager Julie Eubanks.

Family Fun Month occurs every August, and undoubtedly August happens to be one of the hottest months that many Southern California communities have to face each year. However, Big Bear is a great place to escape the daunting heat. Not only is Big Bear 20 to 30 degrees cooler than most of Southern California’s hot zones, but Alpine Slide’s double waterslide gives families who seek refuge from the heat an extra bonus to cool off. Kids can splash all day on two flumes of cascading water, turning and banking on the way to a 3 ½ – ft. deep, heated splash pool. Parents can spread a blanket out on the grass, or relax on the shaded, wrap-around deck at the base of the double waterslide.

“Alpine Slide is also home to three attractions that are the first and only in California, which includes the Mineshaft Coaster, the Soaring Eagle, and the Alpine Slide,” added Eubanks. “Each of these rides offers something unique and suitable for all ages.”

Mineshaft Coaster, which is the first and only mountain coaster in California, is an amusement-style, thrill ride that stretches over one mile long on a stainless-steel-tube track. It has all the bells and whistles of a roller coaster such as steep descents, hairpin turns, tunnels, bridges and 360-degree corkscrews. Here’s the kicker…the rider actually controls the speed of the coaster cart, which can reach max speeds of 30 mph.

The Soaring Eagle is a one-of-a-kind ride not seen anywhere else in California either. The Soaring Eagle has dual seats so a parent and child can ride side-by-side. It starts by lifting riders backwards on a zipline cable to a 70-foot tall launch tower. Once it reaches the top, it then catapults forward at 26 mph, on a 100-foot long vertical drop, that travels 500 feet back to the base. The Soaring Eagle not only offers folks an opportunity to experience the sensation of flying, but they are treated to a bird’s eye view of Big Bear Lake and surrounding mountain vistas, too.

Another distinctive attraction on site is the Alpine Slide, which is the only authentic bobsled /luge experience in California. Riders navigate their own individually controlled sleds down a quarter-mile long concrete track with high-banked turns and long straight-aways. Each sled is equipped with Teflon runners, ball bearing wheels, control handle and brakes. Youngsters who meet the height requirements can ride with their parents on this fun-filled feature ride.

Rounding off the family-fun activities at Alpine Slide is a go-kart track, putt-putt golf and video arcade. When it’s time for a break, head inside for an ice-cream cone. An ice-cream bar located at the snack bar offers 12 different tasty flavors to choose from, such as Banana Split, Cotton Candy or Birthday Cake!

Alpine Slide, located at 800 Wildrose Lane (just off Big Bear Blvd.), is open daily. The Summer hours of operation are Sunday through Thursday from 10 a.m.- 6 p.m. and Friday and Saturday from 10 a.m. to 9 p.m. For general information, height requirements, pricing and specific hours for each attraction, please visit AlpineSlideBigBear.com or call 909-866-4626.