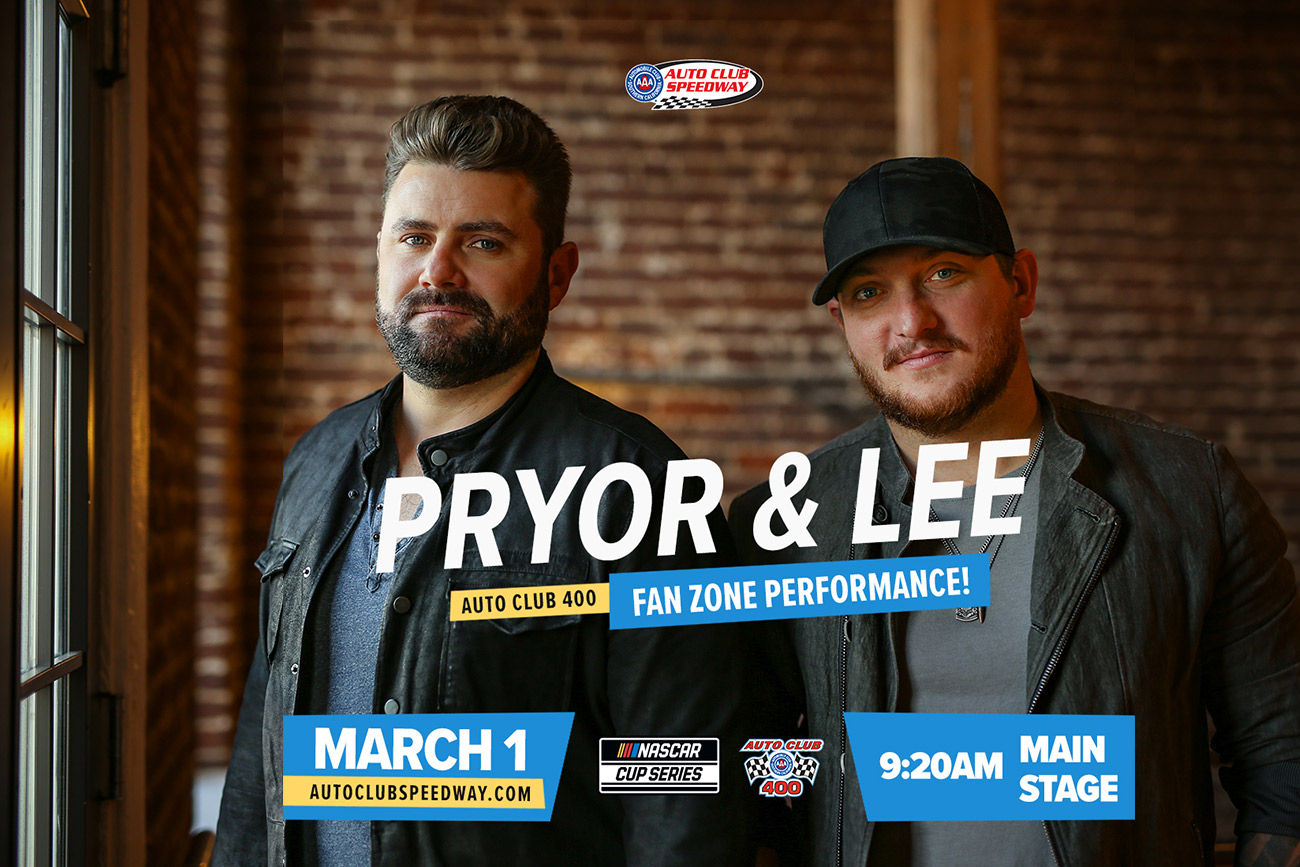 With a race ticket, fans will receive access to pre-race concerts, NASCAR driver appearances, autograph sessions, Monster Energy Smoke Show, Lucha Libre, and other family fun. Pryor & Lee are set to warm up the main stage in the Fan Zone from 9:20 a.m. – 10 a.m. leading into the headliner’s performance, which will be announced soon.

Pryor Baird and Kaleb Lee were initially brought together during NBC’s singing competition The Voice and eventually began performing together, sparking an undeniable musical connection. Watch their battle performance >>>

Following the show, they continued their pursuit of solo careers. Pryor toured across the country in support of his 2019 solo EP titled All Over Me, featuring songs written by Tommy Carlisle, Trent Willmon and Easton Corbin.  Meanwhile, Kaleb Lee released his song “I Dream in Southern,” featuring superstar Kelly Clarkson. Watch Kaleb Lee return to The Voice stage in 2019 to perform the song with Kelly Clarkson.

Black River Entertainment recording artists Pryor & Lee are the first country duo signed to the Nashville based entertainment company. The duo, consisting of Pryor Baird and Kaleb Lee, were brought together as roommates on NBC’s singing competition The Voice and eventually began performing together, sparking an undeniable musical connection. Prior to joining forces, Kaleb and Pryor were pursuing solo careers. In 2019, Pryor toured across the country in support of his solo EP titled All Over Me featuring songs from hit songwriters Tommy Carlisle, Trent Willmon, and Easton Corbin. Meanwhile, Lee released four singles including his song “I Dream in Southern” (Shane McAnally, Josh Osborne, and Brandy Clark) featuring superstar Kelly Clarkson. Ultimately they decided to combine Pryor’s electric guitar skills and “growly bluesy pipes and stellar vocal range“(Rare Country) with Lee’s “soulful and whiskey-soaked vocals” (Billboard) to create a fresh sound with a throwback vibe. Pryor & Lee will embark on their debut tour “Country’s Back” beginning on March 1 in Fontana, CA. Pryor & Lee are set to release new music on Black River Entertainment later this year. For more information, visit www.pryorandlee.com and follow them on Instagram, Facebook and Twitter.