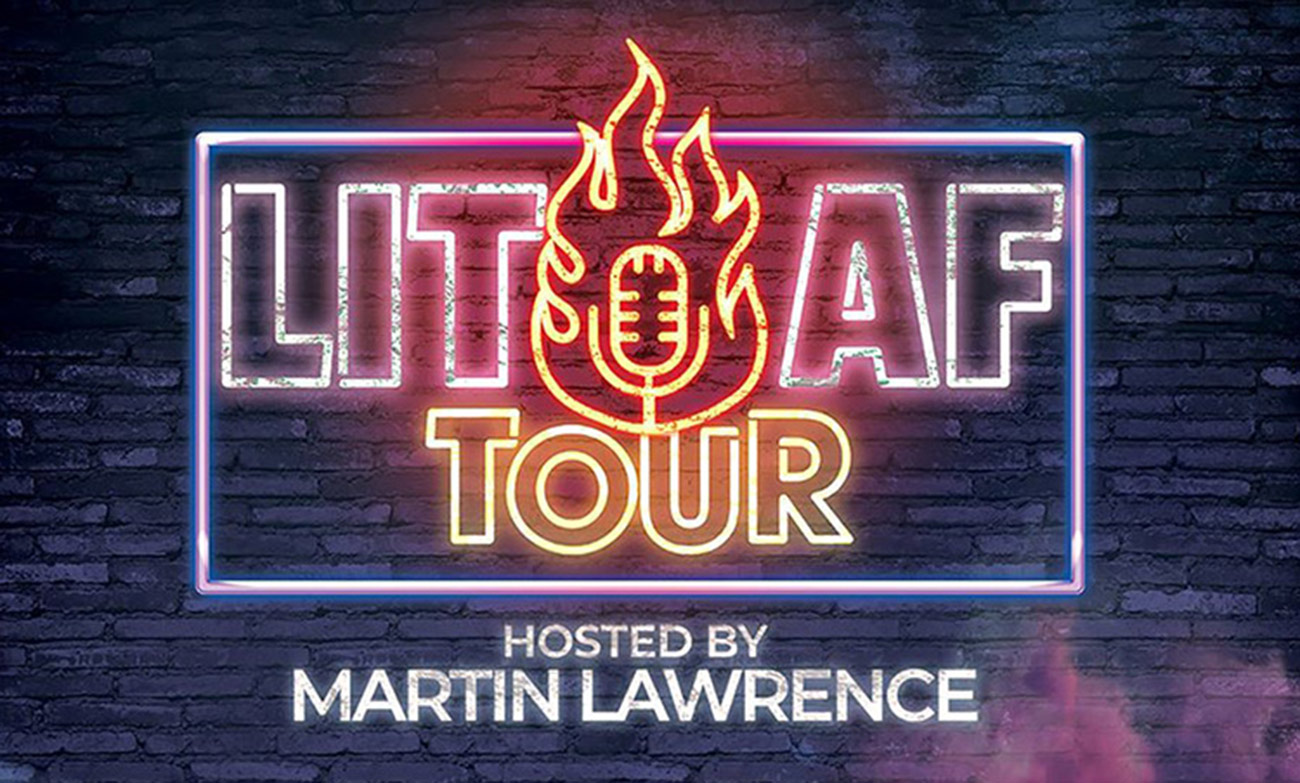 Ontario, CA – November 20, 2019 – AEG Presents announced The LIT AF Tour, hosted by Martin Lawrence, will embark on another nationwide tour in 2020. The 25+ date tour will come to the Toyota Arena on Friday, April 10, 2020. Tickets go on sale Friday, November 22 at 12:00pm at ticketmaster.com and the Toyota Arena Box Office.

“Martin has proven to be a real touring force over the last years selling out marquee arenas across the country. His enduring film and TV resume is timeless and it has been such a pleasure and honor to work with one of the most legendary comedy forces in the business,” says Jesse Stoll, Senior Talent Buyer for AEG Presents. “Following on the heels of Bad Boys III, he is bringing some of his biggest and baddest friends on the road continuing the LIT AF brand and bracing the world for a killer comedy explosion!”

“Being on the road with this group of funny AF comedians is a blast,” says Lawrence. “Bringing the tour back out on the road is always exciting, no two shows are the same and we all bring something different to the party.”

Toyota Arena, built and owned by the City of Ontario, operated by ASM Global, can accommodate over 11,000 guests. The 225,000 square foot venue features 36 luxury suites located on two levels and a continuous concourse hosting a variety of concession and refreshment stands, merchandise kiosks, the San Manuel VIP Club and other fan amenities. Toyota Arena hosts over 200 events annually including concerts, family shows, and sporting competitions. The Arena is home to several sport teams including: Ontario Reign (American Hockey League), Ontario Fury (Major Arena Soccer League), Aqua Caliente Clippers of Ontario (G League Basketball), and LA Temptation (Legends Football League). Since opening in 2008, Toyota Arena is the biggest and most modern arena within the Inland Empire, an area with over 4.3 million people. It is located in Southern California, in the City of Ontario, on a 37-acre parcel located between Haven Avenue and Milliken Avenue, Fourth Street and the Interstate 10. For more information and future updates please visit: Toyota-Arena.com.