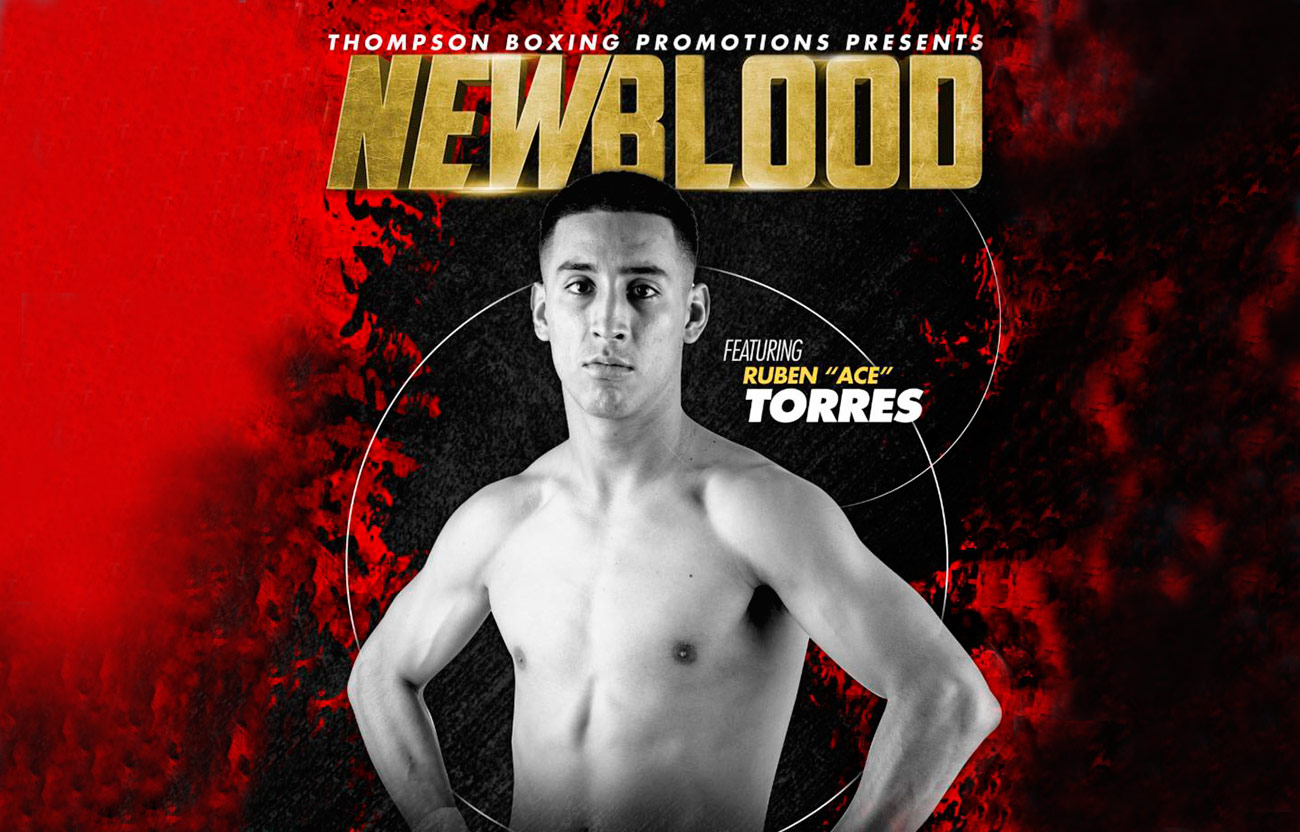 ORANGE, Calif. (July 19, 2019) – Rising lightweight Ruben Torres (9-0, 7 KOs) marks a milestone in his young career when he makes his headlining debut against veteran Ruben Tamayo (27-13-4, 18 KOs) one week from today on Friday, July 26, from the Doubletree Hotel in Ontario, Calif.

The unbeaten prospect, one of a handful of high ceiling talents signed by Thompson Boxing in recent years, is coming off his most impressive performance, a dominating points win against the previously undefeated George Acosta in May.

“The fights are starting to get tougher now,” said Torres, who turned professional two years ago. “Tamayo is a solid veteran that’s been in some tough fights with a lot of quality boxers. He’s going to want to test me early.”

“Every fight presents different challenges,” said Torres, who is managed and trained by Danny Zamora. “I know I’m young, but I’ve sparred with a lot of different types of fighters. I’ve sparred with Danny Roman [unified world champion] who has the best mix of intelligence and skill. I’ve sparred heavier guys and plenty of lefties too. I’m not concerned with what he might do because I know I’ll be able to control the fight on my terms.”

Torres, who began boxing at age nine, started his career with five straight knockout wins. Since then, he’s been able to refine his skills in an attempt to become a complete fighter.

“My focus has been trying to fight smarter,” said Torres, who played football and basketball in high school. “You can’t overwhelm every opponent with just talent. I need to be able to think my way out of trouble and adjust to things as they happen.”

In other action, junior middleweight Leo Ruiz (4-0, 2 KOs) of San Bernardino, Calif. will face an opponent to be named later (four-rounds).

Opening“New Blood” is junior lightweight Chris Crowley (0-0-1), who will be looking for his first professional win against Braulio Avila (2-3) of Mexico City, Mexico (four-rounds).

“New Blood” is presented by Thompson Boxing Promotions and sponsored by Everlast.