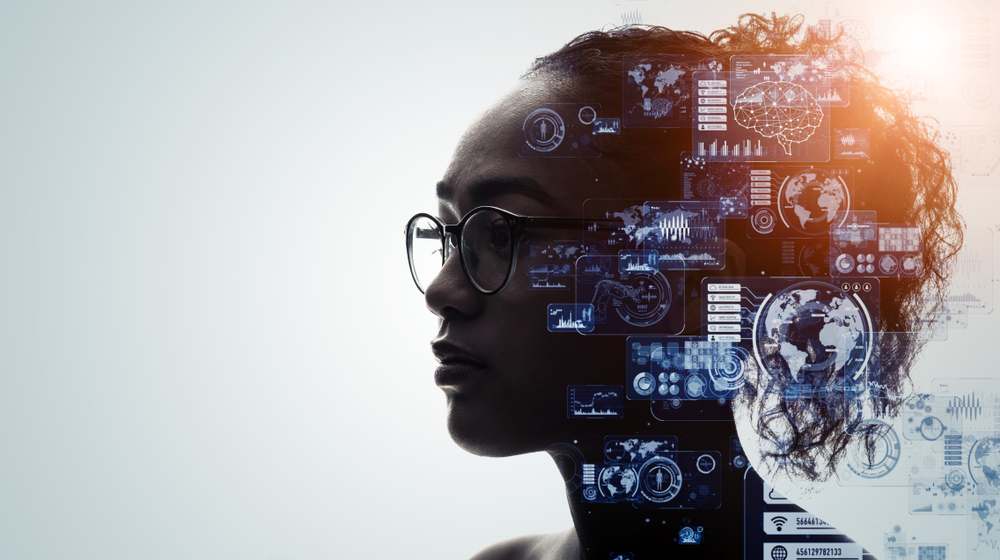 New Analysis Tracks Performance of State’s ‘Creative’ Industries Before, During, and After COVID, Revealing Longer-Term Direction

The economy that houses industries such as entertainment, media, fashion, and fine arts in California has weathered the pandemic and, as a whole, done better in its recovery from the COVID-driven recession than the overall economy, according a new analysis released today by the UCR School of Business Center for Economic Forecasting and Development.

The study, Shock and Roll: California’s Creative Economy from 2015-2021, examines trends in the state’s creative industries prior to, during, and following the pandemic recession, finding that the Creative Economy has added a total of 70,064 jobs since 2015 and appears to be bouncing back to its 2019 pre-pandemic peak. Additionally, the Creative Economy workforce in California grew 8% over the study period, significantly faster than the overall workforce.

“California is a global epicenter of the Creative Economy, and its industries are an engine of growth for the state and its workers,” said Dr. Patrick Adler, Research Manager at the Center for Economic Forecasting, and one of the report’s authors. “By looking at conditions and trends that were in progress before the pandemic as well as changes since, we’re able to put the COVID shock in proper context; our main finding is that the 2020 disruption did not throw the Creative Economy off its previous gains.”

The report’s topline analysis comes with a critical caveat: Many different sectors, producing widely different kinds of products, make up the Creative Economy – and the findings indicate that both longer-term performance, and the more recent recovery from the pandemic, varies considerably from sector to sector with some soaring and others declining.

The Architecture and Related Services sector is the only other major creative sector that had more jobs in 2021 than in 2015; all the others have lost employment since 2015. Unsurprisingly, Fine Arts and Performance was hit hardest by the pandemic, given health mandated restrictions on group activity, and Fashion stands out as the one sector that has been in almost steady employment decline since 2015.

The analysis is part of the Center for Economic Forecasting’s ongoing research about California’s Creative Economy, its industry sectors, and workforce. Amid the angst of the pandemic and its economic effects, Adler and his fellow authors hope that providing clear diagnostics that reach back well before the COVID-19 crisis, as well as during and after, will inform long range economic and workforce development efforts within the creative industries. “There is an important, broader context that shows us certain industries were headed one way or another before the pandemic,” says Adler. “The state’s leaders ought to be thrilled with the long-term dynamism in Digital Publishing, and more concerned by declines in Entertainment and Creative Manufacturing.”

The report is accompanied by an online appendix containing a variety of graphs, figures, and maps that provide additional, drilled-down detail. 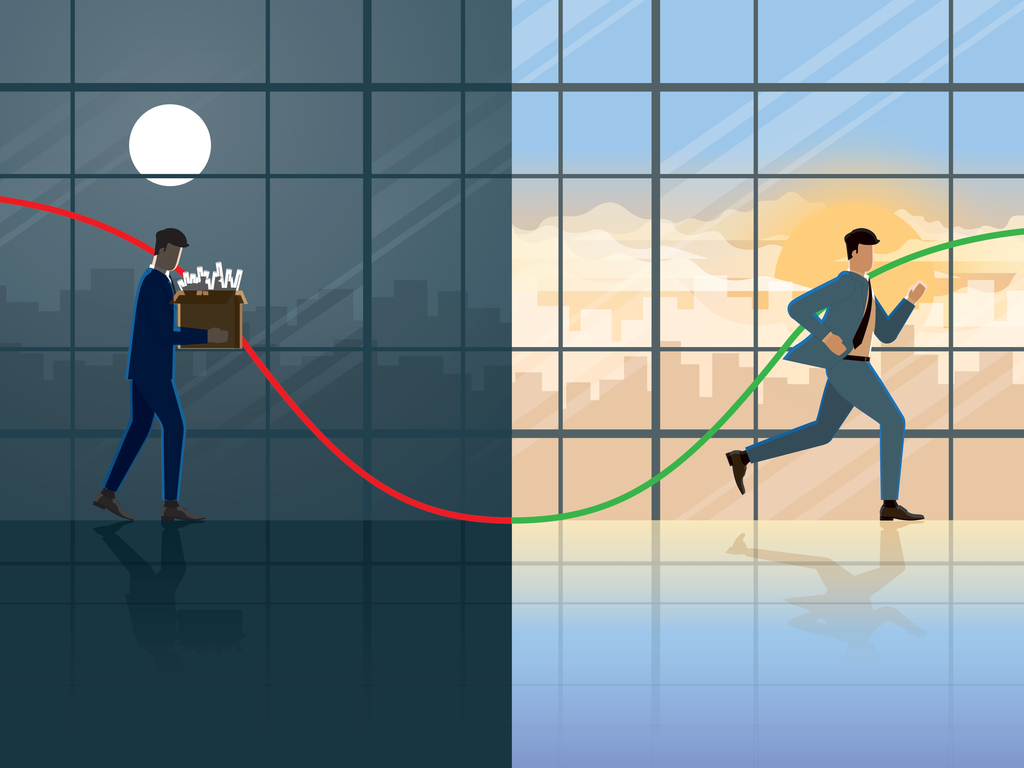 California’s major metropolitan regions have continued to recover the jobs lost during the pandemic-driven recession although, with one exception, they are still lagging the state and nation. A new analysis released today by Beacon Economics spotlights steady job gains in five of the state’s largest metros but also illustrates the ground that these urban cores need to make up to reach pre-pandemic levels of employment.

From best performing to worst, San Diego County payrolls now stand 2.2% below their pre-recession peak, the South Bay/Silicon Valley comes in 3% below, Los Angeles 3.8%, the East Bay/Oakland 4%, and San Francisco 4.7% below peak. All of the metros except San Diego are trailing California’s statewide jobs recovery, now 2.8% below peak, and all are trailing the nation as a whole where payrolls are 1.8% lower than they were prior to the COVID-19 crisis.

“With health-mandated restrictions pretty much lifted, and with relatively high vaccination rates in the state, the major headwinds to employment growth have largely faded and we expect each of these major urban centers to reach or surpass pre-pandemic job levels by early 2023,” said Taner Osman, Research Manager at Beacon Economics and one of the report authors.

The analysis also examines the red-hot housing markets in California’s large metros, forecasting that home prices will continue rising in the near-term future even though high demand throughout the pandemic has essentially collapsed already tight housing inventories. “A lack of housing supply was a real dilemma in California long before COVID, but the changes the pandemic brought about in terms of wealth, work routines, and consumer preferences has intensified the problem,” said Osman.

According to the analysis, increasing mortgage interest rates, as well as limits on affordability, will cool price growth from the historic double-digit surges that have been occurring in the state’s major metros over the past several years, but none of the five areas studied will see price declines any time soon.

The 3rd quarter’s real U.S. GDP growth rate disappointed many observers and set off calls to continue various Federal government stimulus programs, or at least slow their reduction. However, a well-regarded economic forecast argues that there is nothing intrinsically worrisome about the 2.1% GDP growth rate (in the nine years leading up to the pandemic, the U.S. economy grew at this same pace or slower for 16 out of 36 quarters) and that over stimulus is now the real threat to the economy.

According to Beacon Economics’ latest outlook for the United States and California, the U.S. economy has recovered from the pandemic recession, which ‘officially’ ended in May 2020 (peak to trough), and is now becoming dangerously overheated as a result of excessive stimulus – triggering today’s hyperinflation, labor shortages, and severe supply chain disruptions.

“In a normal year, this rate would be applauded as a solid growth trend, but because job numbers and real economic output are still lower than they would have been had the pandemic not happened, we’re hitting the panic button,” said Christopher Thornberg, Founding Partner of Beacon Economics and one of the forecast authors. “Numerous metrics combine to constitute an economic recovery and so many are currently at red hot growth levels that continuing to pump stimulus into the economy in an effort to chase down raw job counts and domestic output will do more harm than good.”

According to the new analysis, job and output numbers are not the sole, and sometimes not even the most important, metrics in terms of economic recovery after a recession. The outlook points to a host of key indicators that are overheated or flourishing including consumer spending, government spending on public services, business investment, real estate markets, personal wealth and earnings… and job opportunities. While there are 4 million fewer payroll jobs in the United States today (2.6% less than pre-pandemic), there are 10 million job openings – a result of record high retirements and quitting. The nation’s unemployment rate has also fallen to 4.2%, just 0.7 percentage points higher than its pre-pandemic low, which was itself one of the lowest in U.S. history.

“The real problem in today’s jobs market is the 3-million-person decrease that has hit the U.S. labor force; it isn’t normal,” said Thornberg. “We’ve been facing a looming labor shortage for years, driven by basic demographics, but the excessive stimulus has hastened the process and we need to step off the accelerator.”

Many parts of California’s economy have also returned to pre-pandemic levels, but like the nation, the state is challenged by a diminished labor force which has led to a severe shortage of workers. According to the outlook, California’s labor force has 414,700 fewer workers than it did pre-pandemic.

“The state’s shrunken workforce has emerged as the biggest constraint on future employment expansion,” said Taner Osman, Research Manager at Beacon Economics and one of the forecast authors. “Although Governor Newsom has just reinstated a statewide indoor mask mandate, restrictions on business activity have been removed for months and are not the main driver of California’s labor market issues – worker supply is.”

There are still 5% (900,000) fewer jobs in California than there were prior to the pandemic, compared to 2.8% fewer jobs nationally. In some other states, the number of jobs has exceeded pre-pandemic levels.

The underlying issue that is most exacerbating California’s struggle to attract and retain the workforce it needs, is the price of housing. In the third quarter of 2021, California’s median home price surged to $651,383, compared to the national median of $404,700. “That kind of price disparity is bound to have a major impact on where workers choose to live, most especially lower-income workers who are impossibly strained in California’s housing environment,” said Osman. The new outlook is forecasting home prices in the state to steadily climb throughout 2022.

Overall, the near-term economic forecast in both the United States and California boils down to a strong run over the next couple of years (with labor supply being the biggest constraint), but with long-term storm clouds on the horizon. U.S. GDP is forecast to grow by 5.3% in the 4th quarter, falling to a more sustainable 3.7% in the 1st quarter of 2022. 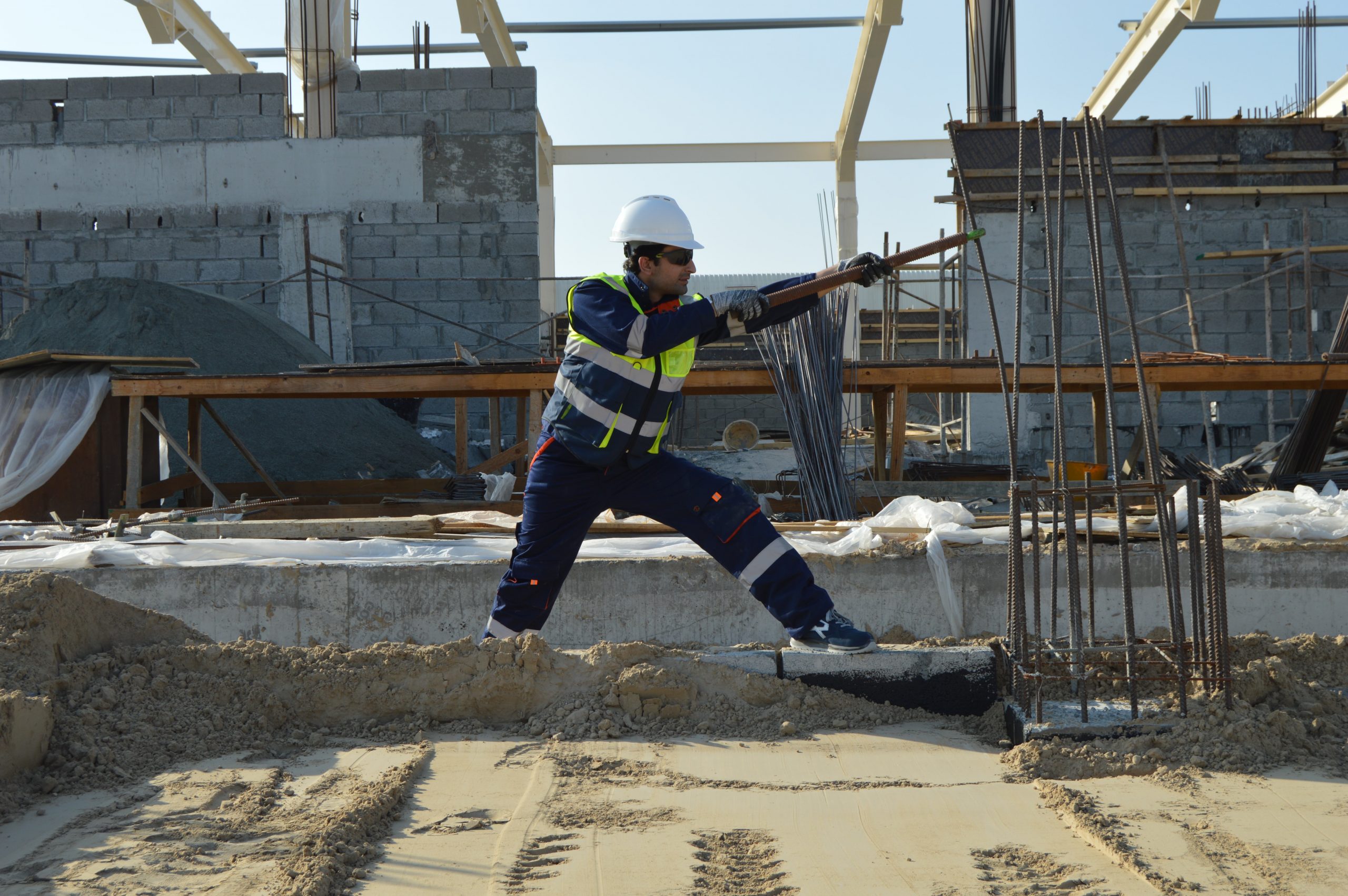 Although business activity in the Inland Empire continues to outpace the nation in its recovery from the COVID-19 pandemic, the rate of recovery has slowed as the regional economy draws closer to pre-pandemic levels of activity. According to the new Inland Empire Business Activity Index released today by the UCR School of Business Center for Economic Forecasting and Development, the area’s business activity should reach pre-pandemic levels by the end of this year. Over the next two quarters, local business activity is forecast to rise between 3% and 6%.

Business activity in the region expanded by 4.5% in the third quarter of 2021 compared to a 2.1% growth rate in U.S. GDP over the same period. The IE’s growth rate has declined from 8% in the second quarter of this year and 7% in the first.

“This slowdown is to be expected as we move closer to pre-pandemic conditions with respect to economic output,” said Taner Osman, Research Manager at the UCR Center for Forecasting. “The bigger issue for the coming year is likely to be the labor market, which still has some way to go before reaching pre-COVID levels and is going to continue to struggle with an adequate supply of workers.”

According to the report, the effects of the pandemic will likely be more muted next year, with far fewer business closures. The impact on labor supply will come largely from California’s notoriously expensive housing costs. “While the Inland Empire is less costly than many parts of the state, compared to the national average, home prices here are pretty sky high, which will exacerbate labor supply issues and restrain needed growth in the workforce,” said Osman.

The Inland Empire’s labor market has added back 185,600 jobs since hitting bottom in April 2020, regaining roughly 83% of the total jobs lost in the region due to the pandemic. Total payroll employment remains 2.3% (or 36,700 jobs) below its pre-pandemic peak from February 2020. Comparatively, California employment is still 5.6% below peak and the nation remains 3.3% below its February 2020 peak.