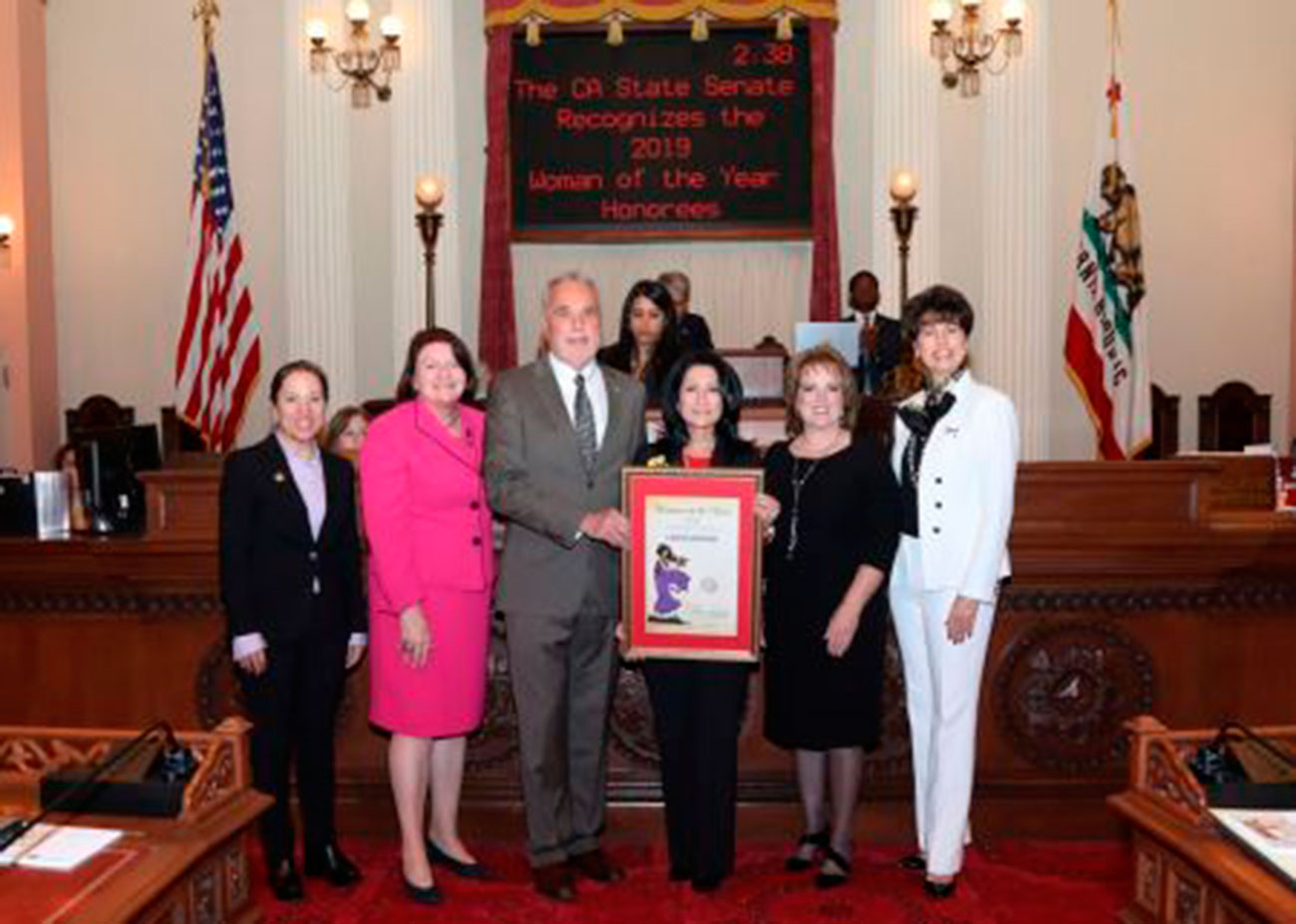 SACRAMENTO – On Monday, March 4, Senator Mike Morrell (R-Rancho Cucamonga) honored Rancho Cucamonga small business owner and philanthropist Liliana Andriani during the annual Woman of the Year ceremony at the State Capitol.
“Liliana’s story is a testament to the promise of this nation and the value of hard work,” said Morrell. “Not only has she made a life here and provided for herself and her family, but she also gives back so that others might prosper and have the same opportunities she had. I am grateful for her example and know many in our community look up to her for guidance and mentorship. We are fortunate to have her as a leader in the 23rd Senate District.”
Andriani was born and raised in Cali, Colombia. She came to the United States in 1986 and established a small jewelry repair booth in 1987 at an indoor swap meet in Pomona. In 1989, she opened Angel Jewelers in Rancho Cucamonga, which she continues to own and operate.
She is an active member of the community, working to support other entrepreneurs as a member of the Board of Directors for the Rancho Cucamonga Chamber of Commerce and through her work with the National Latina Business Women Association – Inland Empire. She is also involved with a number of nonprofits and organizations including Chaffey College, OPARC, Foothill Family Shelter, Hope Through Housing, Growing Pains, and serves on the Board of Directors for Sisters of Strength.
“It is an honor to be selected as Woman of the Year for the 23rd Senate District,” said Andriani. “Owning a small business has allowed me to employ others, make connections with people in our community, and establish strong relationships. The deepest reward and gift, however, is the opportunity to serve and give back. The nonprofits and organizations with which I am fortunate to be involved do tremendous work. I’m thankful for the roles they fill in our local area.”
The legislature’s annual Woman of the Year ceremony coincides with Women’s History Month and acknowledges extraordinary women from all over California for their outstanding contributions and community service.
A video of the presentation can be viewed here.
A full biography is included below.
Senator Mike Morrell represents the 23rd Senate District in the California Legislature, which includes portions of San Bernardino, Riverside, and Los Angeles counties. Follow him on Facebook, Twitter, and Instagram.

Liliana Andriani was born and raised in Cali, Colombia. She came to the United States in 1986 and established a small jewelry repair booth in 1987 at an indoor swap meet in Pomona. In 1989, she opened Angel Jewelers in Rancho Cucamonga. Her commitment and dedication have allowed her to stay in business for decades, but it is her spirit of giving back that sets her apart.
Liliana focuses much of her time helping promote growth through education and lifting others up. For many years, Liliana has supported Chaffey College, where she started her educational journey taking ESL classes and earning her A.A. and A.S in Business Administration. Not only does Liliana regularly contribute to the food pantry at Chaffey, but in March of this year, Angel Jewelers will sponsor three scholarships.
Liliana invests her time and effort in supporting organizations that promote economic prosperity in the community, and in particular, small businesses. She is an active member of the Rancho Cucamonga Chamber of Commerce and serves as a director on its board.
Liliana is also on the Board of Directors of Sisters of Strength (SOS), a nonprofit dedicated to education, empowerment, and support of single parents in Southern California.
As a Latina entrepreneur and business owner, Liliana is interested in supporting Latinas in business. She is an active member of the National Latina Business Women Association – Inland Empire and has served on the fundraising committee for the Latinas in Business Awards Gala.
Other nonprofits that Liliana supports include OPARC, Foothill Family Shelter, Hope Through Housing, and Growing Pains.

Mayor Warren Met with Top Officials in D.C. to Discuss Opportunities for Fontana

U.S. Secretary of Housing and Urban Development Ben Carson Visits the City of Fontana to Meet with Mayor Warren and Discuss Opportunity Zones 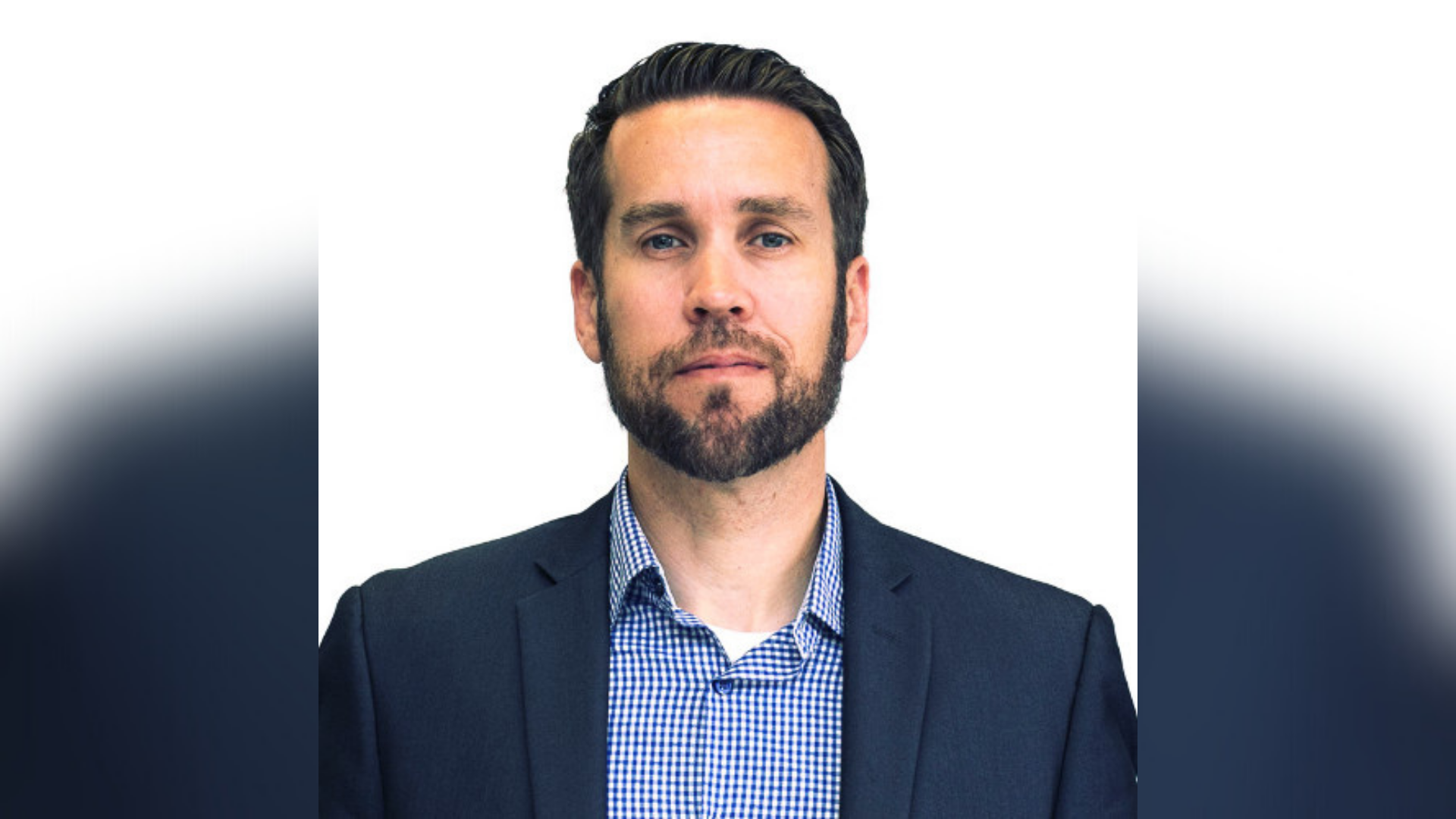 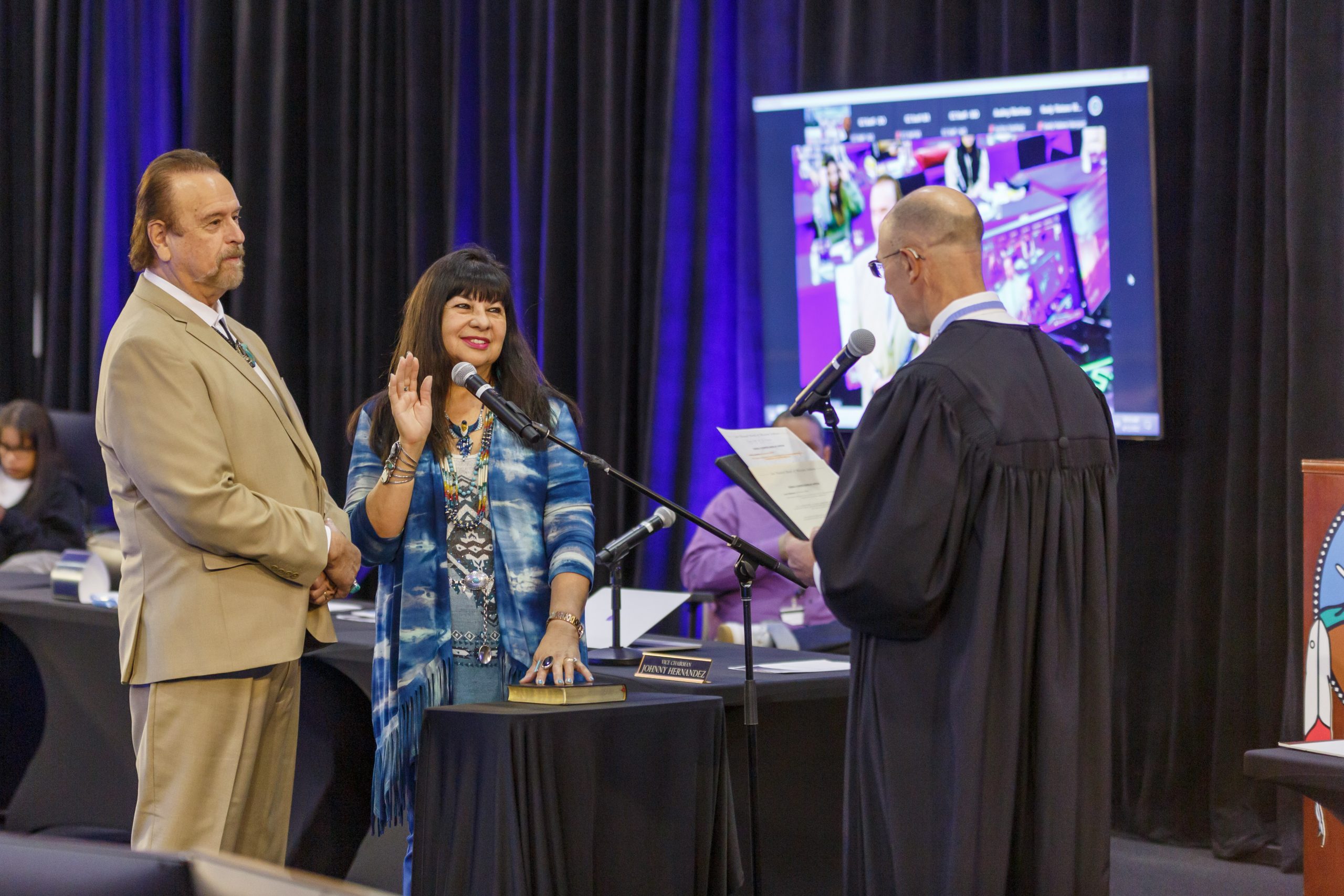 The newly elected Chairwoman and Tribal Council members of the San Manuel Band of Mission Indians were sworn in today and now have begun their terms in office.

Lynn ‘Nay’ Valbuena begins her term as Chairwoman with a focus on serving her tribal community and continuing efforts to strengthen the Tribe’s Serrano culture, governmental sovereignty, and service obligations to San Manuel citizens.

For nearly 50 years, Chairwoman Valbuena has held numerous elected and appointed positions within San Manuel tribal government. Her role as the Tribe’s first housing commissioner set her on the path to leadership. She has held several officer positions on the Tribal Council, including Secretary/Treasurer, Vice Chairwoman, and now her fifth term as Chairwoman. Valbuena also has a lifetime of service and leadership with regional, state, and national organizations, including the Tribal Alliance of Sovereign Indian Nations (TASIN), where she is currently serving her 27th year as Chairwoman.

“I express my deepest gratitude to all Tribal leaders and citizens for serving our people,” said Chairwoman Valbuena. “Chairman Ken Ramirez and Business Committee member Alexis Manzano have served our community with great effect, producing results that will benefit our Tribe.”

Latisha Casas was re-elected to the office of Treasurer for the Tribe. As Treasurer, her responsibilities include protecting the Tribe’s overall financial interests and establishing generational financial stability for the Tribe by way of strategy and oversight of treasury management, economic growth and investment portfolio.  She begins her fifth term on the Tribal Council as Treasurer. Casas has also been a member of the Investment Board since it was established in 2008 and is Chairperson of the San Manuel Gaming and Hospitality Authority, the Tribal instrumentality that owns and operates the Palms Resort Casino.

Laurena Bolden was elected to her first term on the Tribal Council as a Member-at-Large. Bolden is a three-term member of the San Manuel Education Board and currently serves as its secretary. She is active in several other citizen-led planning groups, including the Cultural Advisory, and Reservation Masterplan Working Groups, which steer various development projects and cultural initiatives.

The Tribal Council is the elected seven-member body that oversees the day-to-day operations on behalf of the General Council, the Tribe’s governing council that establishes policy and makes decisions on all significant matters on behalf of San Manuel.

The San Manuel Band of Mission Indians is engaged in important relationships with other governments as well as partnerships with nonprofit organizations and community groups across its vast aboriginal territory that takes in the majority of present-day San Bernardino County. 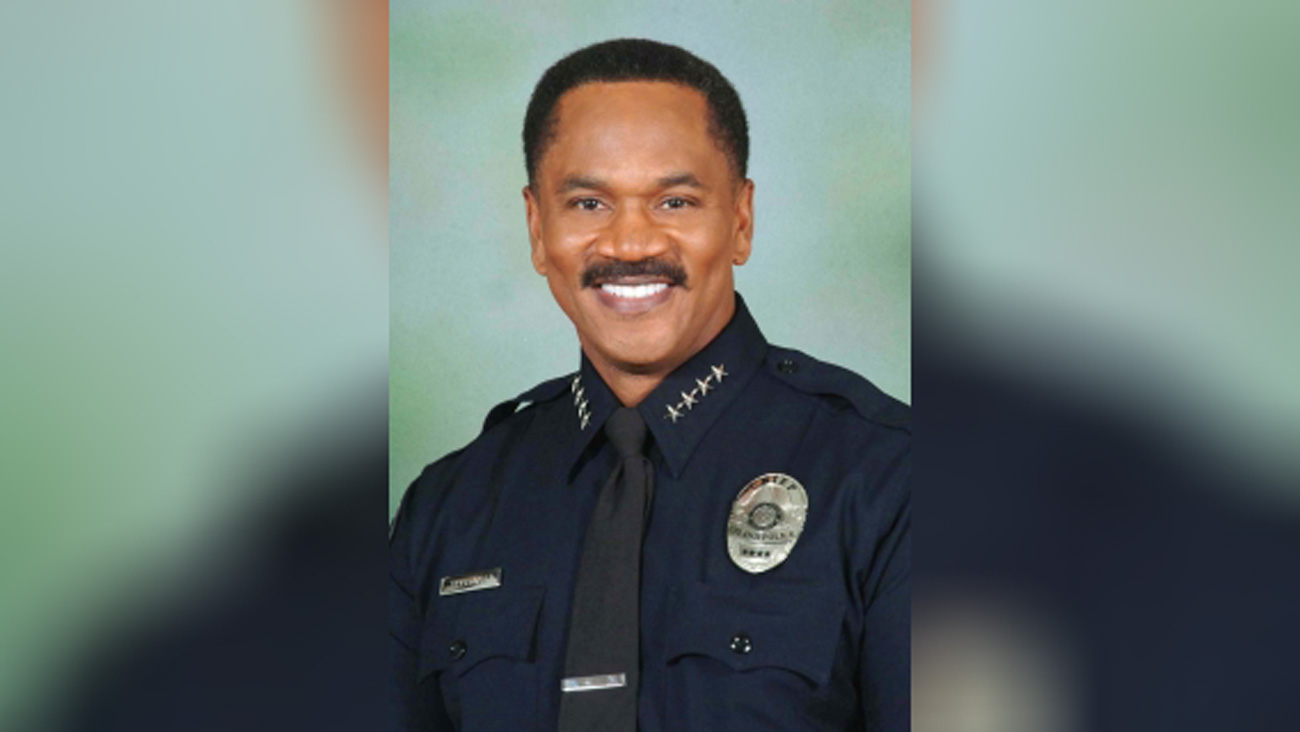 “Chief Goodman brings to San Bernardino a wealth of experience, leadership, and knowledge of this region,” said City Manager Robert D. Field. “We are very pleased that he will be joining us.”

Goodman, whose starting date will be June first, joins a department with 262 sworn officers and 150 civilian staff. He will be the first African American police chief in the San Bernardino Police department’s 116-year history.

When asked about why he chose to come to San Bernardino, Goodman said, “During the early years of my career, several of my assignments were in San Bernardino. I am very familiar with the city, many community members, and the high caliber of police officers that work at the San Bernardino Police Department. I am not oblivious to the challenges the city has had in the past, but I believe in the potential of San Bernardino.”

“I am humbled and excited about the fact that as a Police Chief, with a team of dedicated police officers, we play a critical role in protecting and improving the quality of life that residents and business owners of San Bernardino strive to preserve,” Goodman added.

Darren Goodman has served as Chief of Police for the City of Upland Police Department since July 16, 2018. Prior to joining Upland, he was a Captain for the San Bernardino Sheriff’s Department. During his 27 years with the Sheriff’s Department, Goodman’s roles included serving as the Police Chief for the Chino Hills Police Department and Commander of the Frank Bland Regional Training Center. He also worked in Corrections, Patrol, Narcotics, Emergency Operations, Regional Gang Enforcement, Fugitive Apprehension, and SWAT.

Goodman holds a master’s degree in Public Administration and Doctor of Education in Organizational Change and Leadership from USC. He earned a Bachelor of Science from Southern Illinois University. Goodman has also completed law enforcement and leadership programs at Harvard’s Kennedy School of Government, the Naval Postgraduate School’s Center for Homeland Defense and Security, and POST Command College Program.