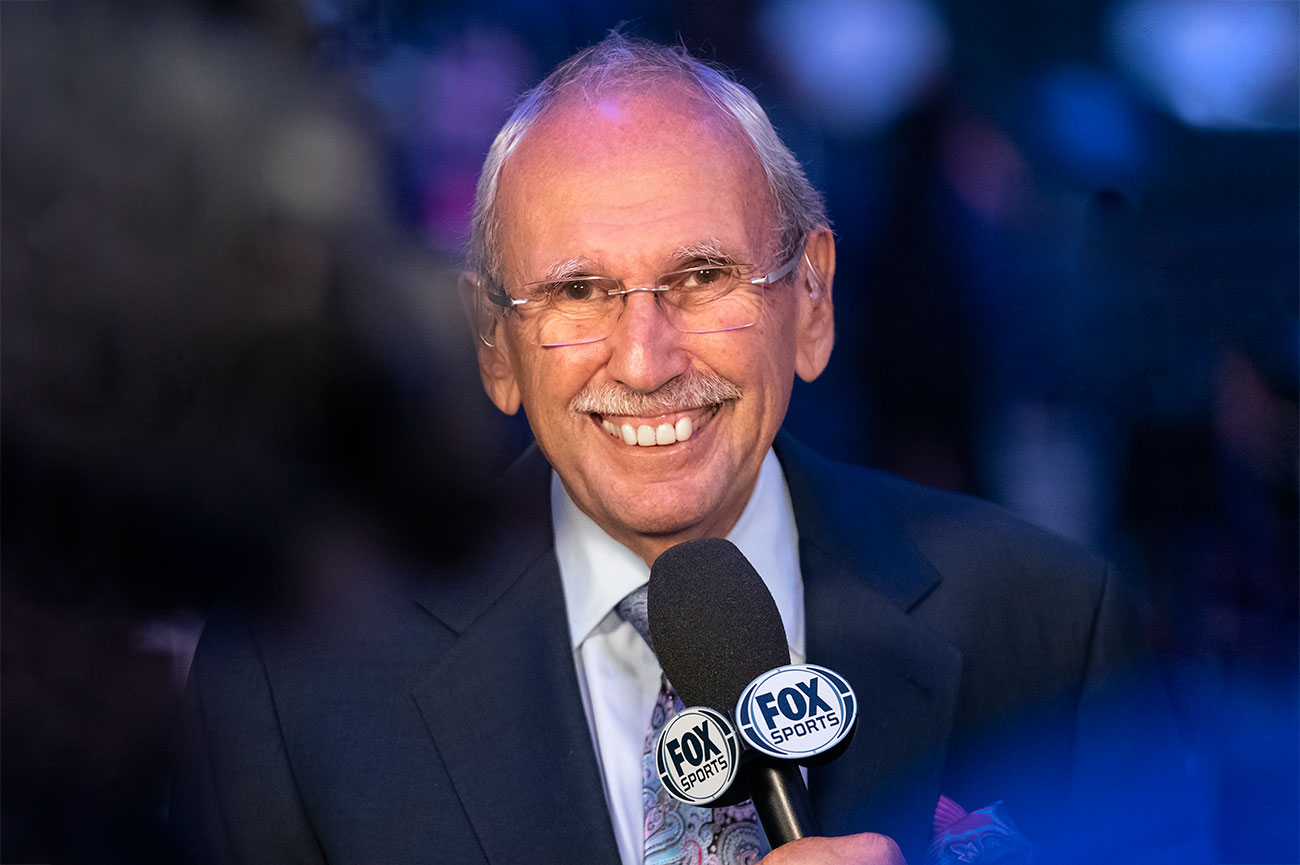 Fontana, Calif. (Feb. 28, 2019) – Broadcasting icon Ralph Lawler, who was the first voice of Riverside International Raceway and is now the voice of the LA Clippers, will add yet another milestone to his lengthy resume – serving as announcer for Driver Introductions at the Monster Energy NASCAR Cup Series Auto Club 400 at Auto Club Speedway on March 17.

Swapping his lineup card from the Clippers’ Lou Williams and Patrick Beverley to NASCAR stars Jimmie Johnson and Martin Truex Jr., Lawler steps in to help Auto Club Speedway celebrate  the foundation of motorsports today – short tracks including Riverside – as he brings his talents to take part in one of the race weekend highlights – announcing the starting field during pre-race festivities.

Lawler served as the announcer for Riverside International Raceway, the sprawling road course that occupied much of what is now the western edge of Moreno Valley Riverside, beginning in 1964.  In addition to racing, Lawler broadcast local sports, including three straight state championship seasons for Riverside City College teams.

“It has been a long time between NASCAR races for me, but my broadcast roots were born announcing NASCAR races at the Riverside international Raceway,” said Lawler. “Richard Petty, David Pearson, Joe Weatherly, Ned Jarrett and Jr. Johnson would lead the field in two races a year around the winding 2.7 mile left and right turn road course. Those were 10 memorable years in my life in the 1960s, and I’m thrilled to be a part of the Auto Club 400.”

Lawler, who announced his plan to retire following the conclusion of the 2018-19 season, has captivated fans across the sports world, creating a legacy that will last far beyond his final season.  Known for his Lawler-isms such as ‘Bingo!’, ‘Oh Me, Oh My!’, and ‘The Lob! The Jam!’ his commitment to his craft has been recognized with a Star on the Hollywood Walk of Fame, three Emmys, a Telly Award and inductions into the Southern California Sports Broadcasters Hall of Fame and the California Sports Hall of Fame. He was named a recipient of the Naismith

Memorial Basketball Hall of Fame’s Curt Gowdy Media Award this season. Additionally, he has been honored with the Television Play-by-Play Award by the SCSB and the California Sportscaster of the Year honor by the National Sports Media Association. “The ‘Voice of the Clippers’ is one of the league’s longest tenured broadcasters.

His resume also includes broadcasting events as varied as A.B.A. and college basketball, golf, tennis, track & field, pro box lacrosse, auto racing, boxing and college football. Ralph is a graduate of Bradley University in Peoria, Illinois, and was inducted into his alma mater’s Sports Hall of Fame in 1993. He’s another in a long line of sportscasters who honed their craft in Peoria including Chick Hearn, Tom Kelly, Bob Starr, Bill King and Jack Brickhouse, among others.