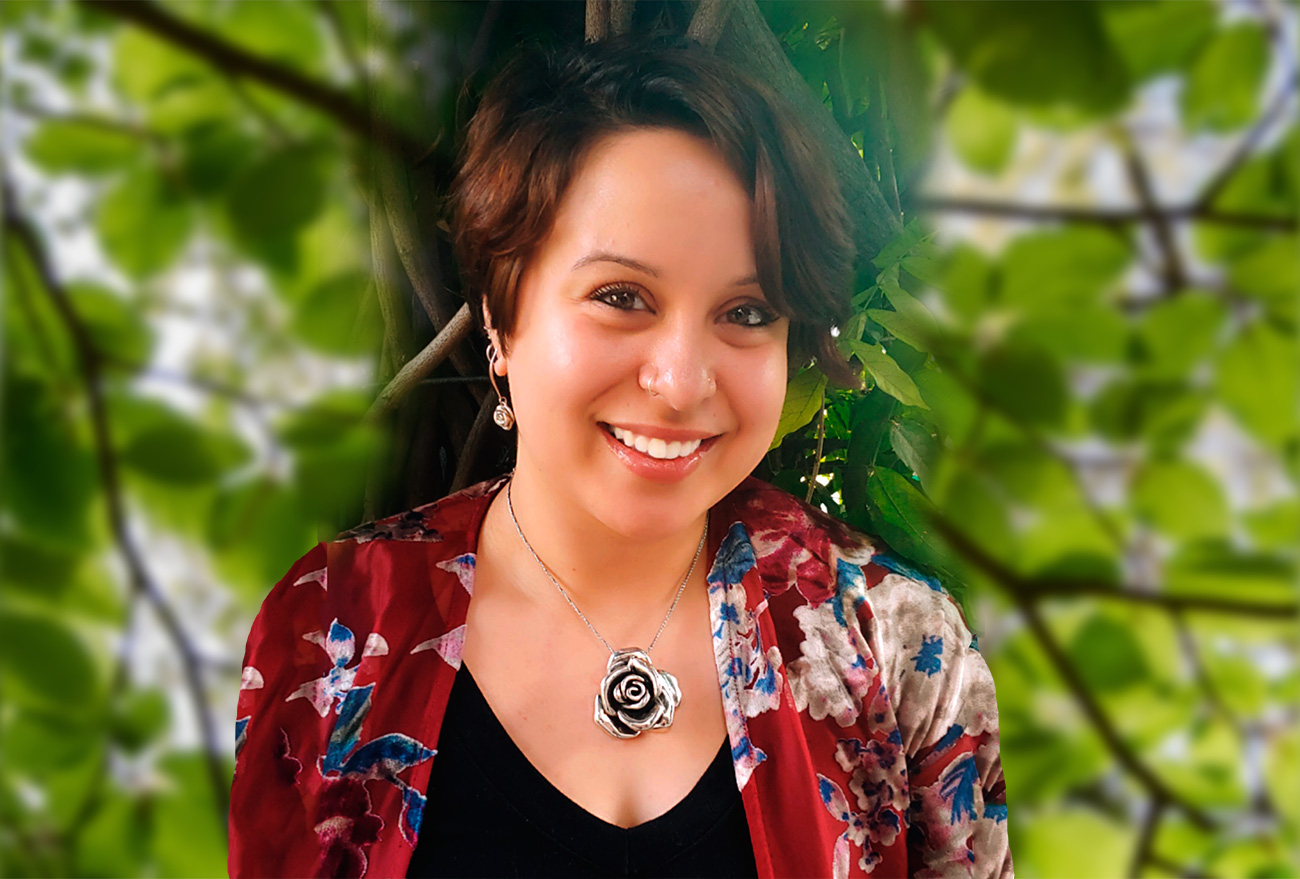 The 7th Annual Million meals Gala will honor Dr. Anil Garde and Mrs. Gigi Garde of Riverside, and will feature live music, silent and live auctions, a gourmet dinner, passionate speakers, and a special award ceremony to honor some of the Inland Empire’s most passionate hunger advocates. Proceeds from the event will help to provide one million meals to food insecure children and families in the Inland Empire this holiday season.

Sharing her journey as a formerly homeless and hungry college student at UC Riverside, Melina Reyes, an Inland Empire native and hunger advocate, will join the gala as a guest speaker to share her experience dealing first hand with food insecurity.

In 2016, Melina Reyes, a fourth-year Political Science major at UC Riverside went on a 5 day (115 hour) hunger strike to raise awareness for food-insecurity that she, and many of her classmates, faced while attending the university. UC Riverside is rated the highest amongst all UC campuses for food-insecurity, with 62% of students experiencing it on campus. Now having graduated and strengthened her ties to public policy, Melina Reyes will join FARSB at the 2019 Million Meals Gala on November 2, 2019, to share her story and inspire others in her community to do more for the causes they most care about.

“Melina Reyes represents an age group and demographic that people often ignore when they think of hunger,” said FARSB Philanthropy Director, Lori Butler. “We are honored to have Melina join us to share her truth about facing hunger to pursue an education, while simultaneously advocating for her fellow college students.”

An additional President’s Choice award, whose recipient will be chosen by FARSB CEO, Stephanie Otero, will also be awarded to an individual in the community whose inspirational service to FARSB best represents the idea that together we can end hunger in Riverside and San Bernardino Counties.

In the Inland Empire, more than 400,000 people struggle with hunger and may not know where they’ll find their next meal. That number includes 1 in 5 children.

Ticket may be purchased, donations accepted, and sponsorships submitted for the 2019 Million Meals Gala – Rising above Hunger at https://www.feedingIE.org/gala.

Feeding America Riverside | San Bernardino (FARSB) is leading the fight against hunger in the Inland Empire by providing food access, emergency relief, education, and advocacy to families in Riverside and San Bernardino Counties. FARSB opened in 1980 as Survive Food Bank in response to the increasing concern about the dual problems of hunger and food waste in the Inland Empire. Today, FARSB is the primary source of food for over 300 local nonprofit organizations, distributing over one million pounds of food monthly to emergency food pantries, homeless shelters, soup kitchens, high-need elementary schools, halfway houses, senior centers, residential treatment centers, shelters for the abused, after school programs and group homes. With the help of these charity partners, we make up the largest hunger relief organization in the Inland Empire, making food security a reality for over 1.2 million people every year.

Innovation is not enough at the 2019 Spirit of the Entrepreneur Awards! 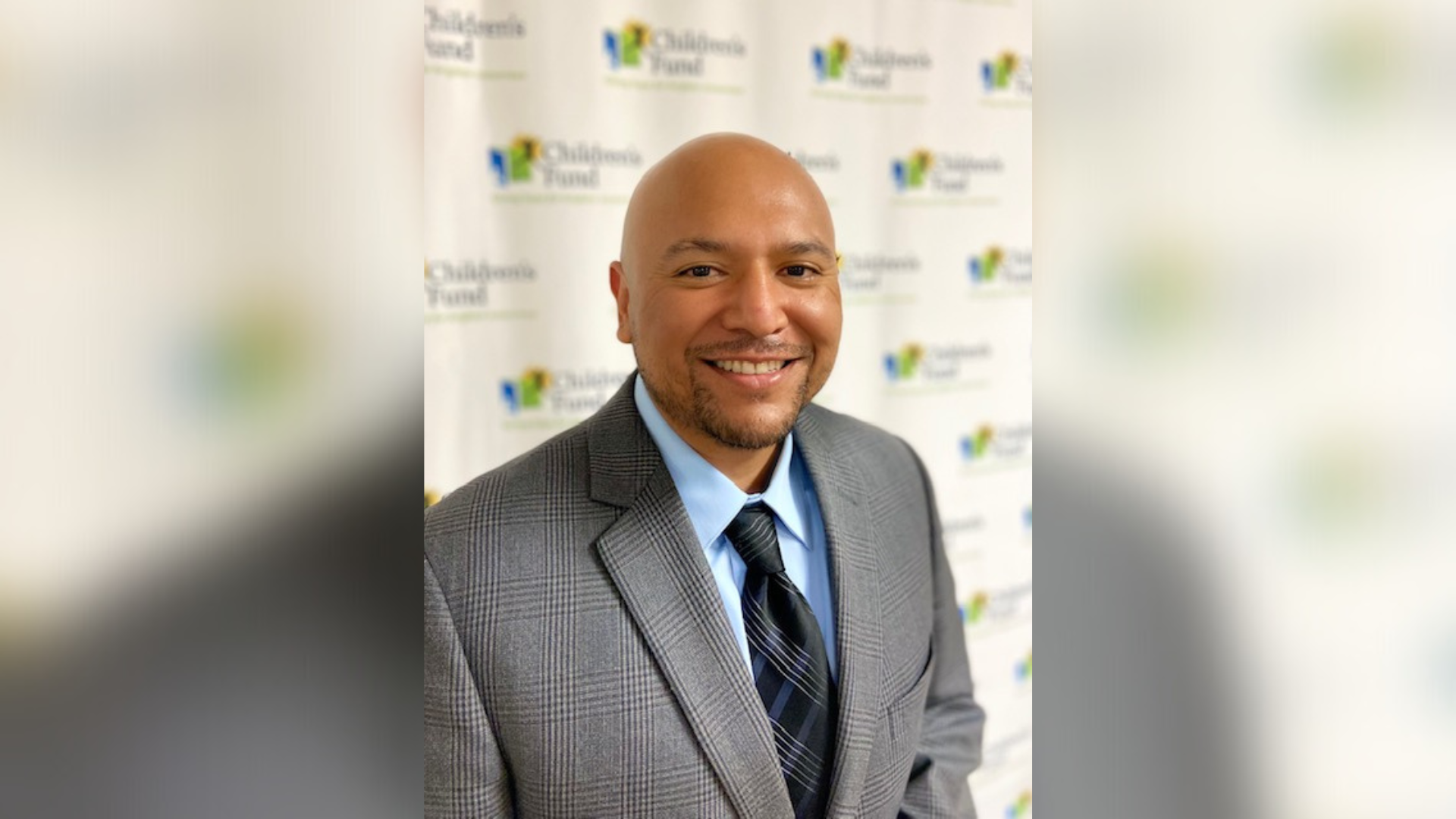 Kristin Pierce, Chair of Children’s Fund Board, a San Bernardino County nonprofit, has announced the appointment of Cesar Navarrete as the new president and CEO of that organization.

For the last eight years, Navarrete has served as Executive Director of Child Advocates for San Bernardino County, a Court Appointed Special Advocates (CASA) program. Over that period, he doubled the capacity of that organization to improve the lives of children and youth in foster and juvenile care. Child Advocates, under his leadership, was awarded the prestigious Bank of America Neighborhood Builders Award in 2020.

For eight years previous, he served the Family Service Association, a Riverside County nonprofit. Fresh out of college, he started as a program coordinator at the Mead Valley Community Center, rising through the organization to Director of Programs Administration.

“Cesar impressed the search committee with his abilities as a visionary builder and his compassion for children and families,” said Board Chair Pierce. “He is the ideal person to lead us into a new era of service to the San Bernardino County.”

Navarrete was drawn to Children’s Fund because of its breadth of programs helping children. “Children’s Fund is a pillar in the community that works tirelessly to provide the help and support that our children, youth, and families need, not only to meet their basic needs, but to inspire hope, by breaking down barriers and creating new opportunities,” Navarrete said. 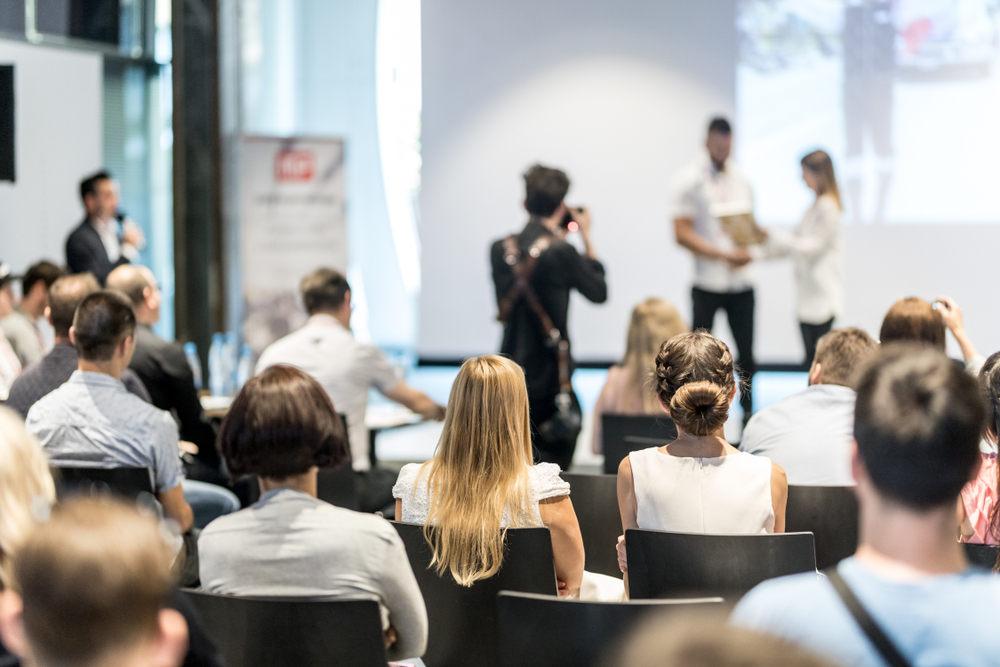 The Inland Empire Center for Entrepreneurship (IECE) at California State University, San Bernardino has been awarded $500,000 in unrestricted funding from the Citi Foundation to reach and serve more local Black, Indigenous and People of Color (BIPOC) entrepreneurs and small businesses.

The Citi Foundation issued a $25 Million Small Business Technical Assistance RFP earlier this year and awarded 50 organizations nationwide with funding to support continued work in providing technical assistance to BIPOC-led small businesses that have been disproportionately affected by the unprecedented health, social and economic impacts of the COVID-19 pandemic.

“BIPOC small businesses and entrepreneurs are vital to our local economy, and they have been hit hard by the COVID-19 pandemic,” said Mike Stull, director of the IECE. “Prior to the pandemic, the number of new Black-owned businesses and new Hispanic-owned businesses were growing at a more rapid pace than the overall business growth rate. New and early-stage businesses face numerous challenges and the pandemic has compounded those challenges. The timing of the Citi Foundation award comes as a critical time as the economy is opening up, and businesses are rebuilding and responding to new market opportunities.”

The IECE, housed in the Jack H. Brown College of Business and Public Administration, delivers innovative programs and educational resources to entrepreneurs and small business owners through a broad range of community and campus programs. As the leading entrepreneurial support organization in the Inland Empire, the IECE is also one of the largest University-based Entrepreneurship Centers in the world and has been recognized by the Association to Advance Collegiate Schools of Business (AACSB International) as a top 35 program for fostering entrepreneurship and innovation.

“This recent award from the Citi Foundation is a testament to the importance of BIPOC businesses to economic growth in the region, the strong reputation IECE has built as effective stewards of funds and the significant impact both will have on the surrounding communities,” said Shanthi Srinivas, interim dean of the Jack H. Brown College.

“Innovative organizations like IECE are providing pivotal support to small businesses as they navigate an ever-changing economic landscape,” said Brandee McHale, head of Citi Community Investing and Development and president of the Citi Foundation. “The Citi Foundation is proud to be supporting IECE and other change agents with the unrestricted, flexible funding they need to deliver specialized support to more minority-owned small businesses in their communities .”

IECE operates the Small Business Development Center, the Women’s Business Centers and California State Trade Expansion Programs in the Inland Empire region, which operate from full-time offices in Colton, Ontario, Palm Desert, Riverside and 10 part-time offices throughout Riverside and San Bernardino counties. The programs have a long history of delivering free business counseling, mentoring and training to existing and aspiring small business owners and entrepreneurs. Collectively, the programs have provided support to over 10,000 small business owners and entrepreneurs in 2020. 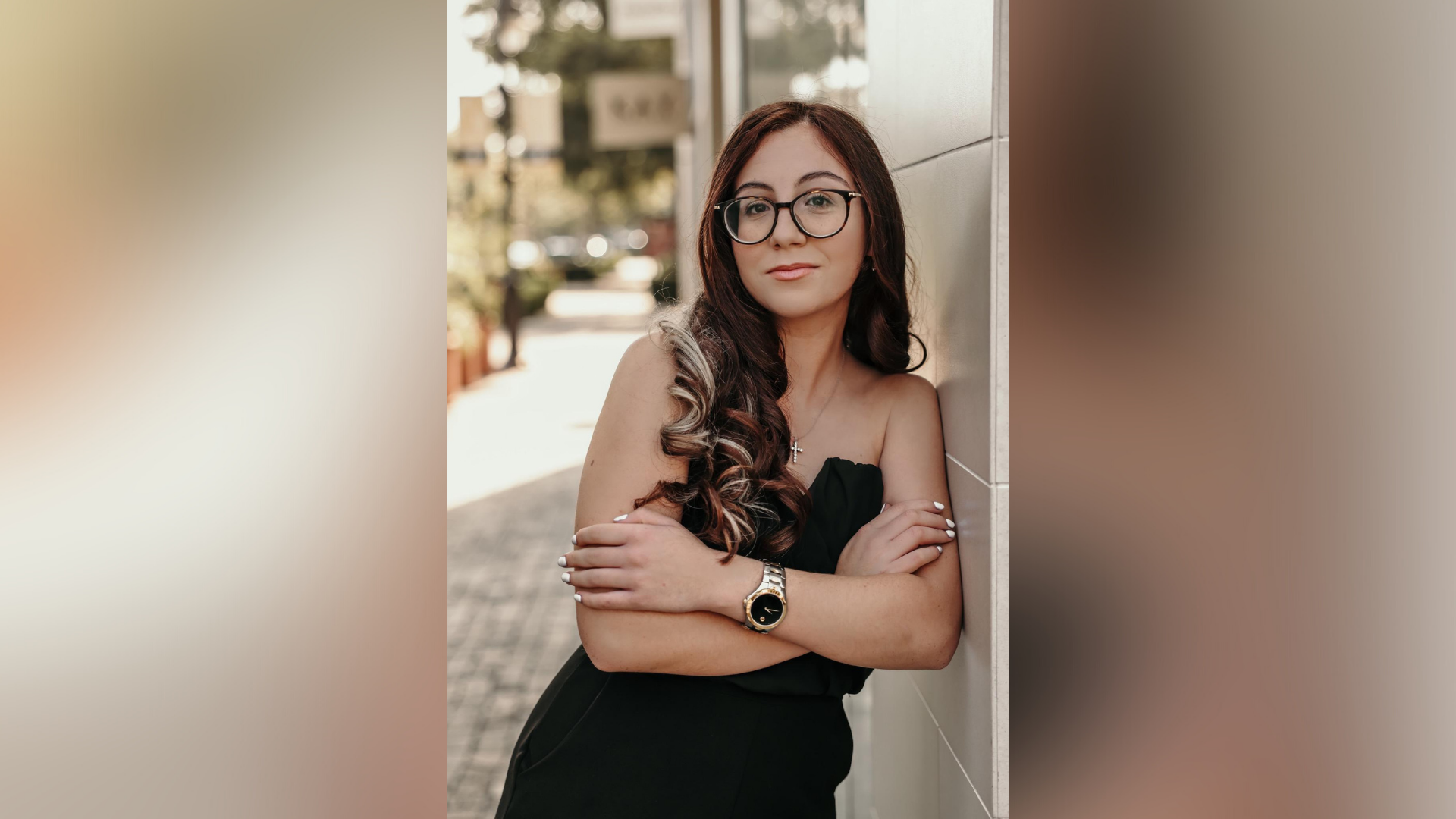 Thundar, Lighting, and Peace: The New Nonprofit That Helps Veterans Find Their Purpose

“I met this veteran. He served two tours in Afghanistan and after he came back he had PTSD. He had trauma. And every year for the past 6 years a member of his squad has committed suicide. The VA was filling them with meds and money. And not giving them a purpose.” -Samantha Haylee Moreno — Founder of Thundar, Lightning and Peace

Stories like this are foundational to Thundar, Lightning, and Peace (TLP), a 501(c)3 started by Etiwanda High School Junior, Samatha Haylee Moreno. TLP will support and provide resources and find a purpose for veterans fighting PTSD, depression, and suicide.

“I want to be the resource girl. If a veteran is an amputee and they’ve been fighting with the VA for a wheelchair or a cane, I’ll get it for them.” Young and passionate, the energy radiated off of Samantha when sitting down to talk to her about her nonprofit.

Coming from a military family, she has had first-hand experience and interaction with veterans. Her mother was in the Army for 9 years, leaving home at 17 and juggling her service while having a child and going to college.

Samantha is following in her mother’s trail of hard work. As an aspiring Orthopedic Surgeon with a 4.57 GPA and a participant in multiple school sports and clubs, it’s a wonder where she’s finding the time and energy to start a nonprofit.

Thundar, Lightning, and Peace is not a mere glory project. Samantha has her sights on Oxford and Harvard and eventually medical school. And the final goal? Orthopedic surgery either under the VA or as a field surgeon. Sam wants to follow in her mother’s footsteps and serve her country.

In the meantime, TLP is her way of making a difference. She’s working under the guidance of Justin Bond, a veteran amputee who founded Our Heroes Dreams, a nonprofit that offers programs and services to fund veteran’s passion projects. Our Heroes Dreams offers veterans multiple programs through recreational activities and community outreach that give them something to be passionate about. This is the core of what Samantha wants to provide: the ability and access for veterans to find and pursue their passion.

“In the end, we know that pills will only do so much. When someone finds their passion, they realize they can be happy again, and that’s what I want to do. I want to be the source for veterans to understand; you’re not alone. You’re not the only one suffering from trauma. We’re not gonna fill you with pills and shove you out of the way. We’re going to find you a purpose and a passion, so you don’t feel alone.”

Once Thundar, Lightning, and Peace’s 501(c)3 status are officially approved, Samantha will begin fundraising to start camps, therapies, and other programs aimed at helping veterans find a purpose. She plans to have the operation fully functional in the next six months.

“I already have veteran contacts and a list of things they need.” She’s making plans for a silent auction, and the GoFundMe page for Thundar, Lightning, and Peace is up and open to donations. If you would like to contribute, you can find the link here:

If you would like to follow TLP on social media to stay up to date on fundraisers and silent auctions: